Alia Bhatt appears to have become the biggest target of angry fans who’ve been unfollowing Bollywood celebrities in the wake of Sushant Singh Rajput’s tragic suicide on 14 June. The Raazi actress has lost a whopping one million (10 lakh) followers in less than a week. Those angry with the reported sidelining of Sushant by big Bollywood names have also been unfollowing Salman Khan, Sonam Kapoor Ahuja, Karan Johar and Ananya Panday. 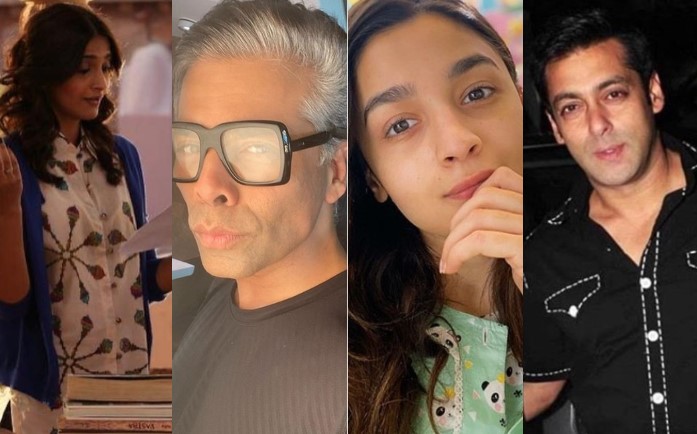 The sustained campaign to unfollow these Bollywood names started after news started doing the rounds that Sushant had faced an indirect ban by those who wanted to promote star kids in the Hindi film industry.

Since Sushant’s death, Karan Johar’s Instagram followers have come down from 11 million to 10.5 million, a sharp reduction of five lakh followers. Alia Bhatt had 48.4 million followers on the day Sushant died. She has lost more than one million followers since then.

Meanwhile, an online campaign calling for the boycott of Karan Johar, Yashraj Film and Salman Khan has garnered close to 40 lakh signatures and counting.

Reacting to Sushant’s death, Karan had said, “I blame myself for not being in touch with you for the past year….. I have felt at times like you may have needed people to share your life with…but somehow I never followed up on that feeling…will never make that mistake again…we live in very energetic and noisy but still very isolated times …some of us succumb to these silences and go within…we need to not just make relationships but also constantly nurture them….Sushants unfortunate demise has been a huge wake up call to me …to my level of compassion and to my ability to foster and protect my equations…..I hope this resonates with all of you as well….will miss your infectious smile and your bear hug.”