The Supreme Court on Friday explained its reasons for the interim bail granted to Arnab Gowswami on 11 November in the abetment to suicide case registered by Maharashtra police. The decision to list the Republic TV founder’s plea on priority even when his case was pending before a lower court had triggered a huge controversy with many questioning the integrity of the Supreme Court. The decision to explain reasons by the Justice DY Chandrachud-led Bench comes days after Goswami invoked Comedy Circus featuring Archana Puran Singh, Kapil Sharma and Salman Khan’s brother Sohail Khan in his bid to insult a Pakistani guest. 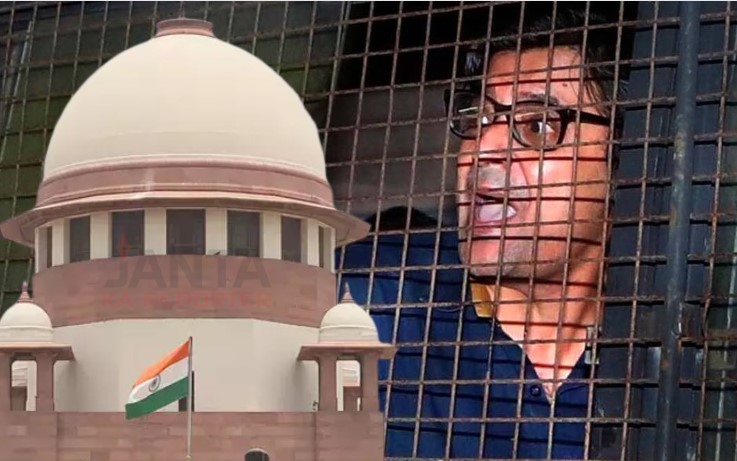 The Bench comprising Justices Chandrachud and Indira Banerjee said, “The appellants are residents of India and do not pose a flight risk during the investigation or the trial. There is no apprehension of tampering of evidence or witnesses. Taking these factors into consideration, the order dated 11 November 2020 envisaged the release of the appellants on bail.”

The top court said that ‘courts must be alive to the need to safeguard the public interest in ensuring that the due enforcement of criminal law is not obstructed.’ “The fair investigation of crime is an aid to it. Equally it is the duty of courts across the spectrum – the district judiciary, the High Courts and the Supreme Court – to ensure that the criminal law does not become a weapon for the selective harassment of citizens,” it added.

While granting bail to Goswami, Justice Chandrachud on 11 November had said that the submissions of the lawyers appearing in the matter before it would be ‘evaluated in the judgment for which reasons shall follow.’ He had added that if the state government targeted an individual, it must realise that the top court was there to protect the liberty of citizens. However, many were quick to highlight the glaring irony in Justice Chandrachud’s observation reminding that a Kerala-based journalist, Siddique Kappan was languishing in jail for two months after the UP Police arrested him while he was on his way to Hathras to carry out his journalistic duties.

Dushyant Dave, the president of the Supreme Court Bar Association, had written a scathing letter to the Supreme Court raising serious questions on India’s top court’s integrity on extending preferential treatment to Republic TV founder Arnab Goswami. Dave had asked if the special treatment meted out to Goswami was at the behest of the Chief Justice of India SA Bobde.

Goswami was arrested from his house on 4 November in the abetment to suicide case by the Maharashtra Police before being sent to a jail in Navi Mumbai. The Bombay High Court had dismissed his petition seeking bail and asked Goswami to approach a lower court. But the Supreme Court had stunned everyone by not only entertaining the Republic TV founder’s plea but also granting him bail.