The Supreme Court Bench comprising Justices DY Chandrachud, Indu Malhotra and KM Joseph on Tuesday made scathing observations while restraining pro-Hindutva Sudarshan TV from broadcasting the remaining episodes of its controversial series against Muslims. However, the most striking aspect of Tuesday’s hearing was of Justice Chandrachud dropping a bombshell by advising to prepare new broadcasting standards for the Indian TV channels such as Arnab Goswami’s Republic TV and others, often referred to as India’s own Radio Rwanda. Justice Joseph also came down heavily on Indian TV anchors for muting guests who disagreed with them 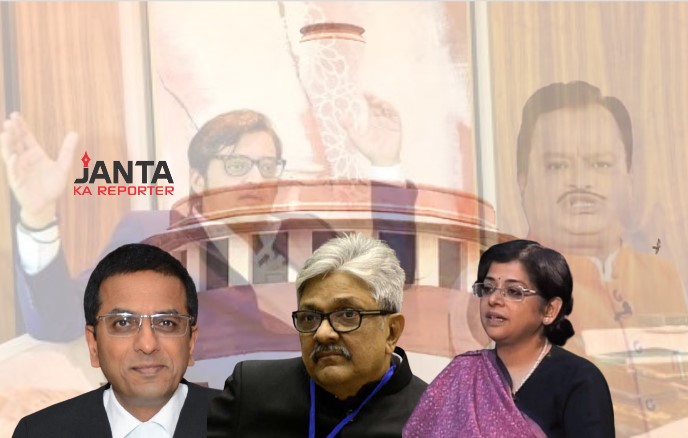 According to the Livelaw website, Justice Chandrachud, after dictating the order, orally remarked that the top court was thinking to appoint a committee of five distinguished citizens who can come up with certain standards for the electronic media.

“We don’t want any persons of politically divisive nature and we need members who are of commendable stature,” the Bar and Bench website quoted the Bench as saying.

Justice Chandrachud added, “Let the best within the nation suggest measures which we can help debate on our platform and then arrive at standards…now an anchor is targeting one particular community. To say we are a democracy we need to have certain standards in place.”

The Supreme Court Bench was unusually scathing in its criticism for Sudarshan TV and how the notorious pro-Hindutva TV channel had desperately attempted to vilify India’s Muslim community by questioning their decision to join the civil services.

The Bench said, “The edifice of a democratic society committed to the rule of law under a regime of constitutional rights, values and duties is founded on the co-existence of communities. India is a melting pot of civilizations, cultures, religions and languages. Any attempt to vilify a religious community must be viewed with grave disfavour by this Court as the custodian of constitutional values. Its duty to enforce constitutional values demands nothing less.”

The order by the Supreme Court added, “At this stage, prima facie, it does appear to the Court that the intent, object and purpose of the episodes which have been telecast is to vilify the Muslim community. An insidious attempt has been made to insinuate that the community is involved in a conspiracy to infiltrate the civil services. Several statements in the episodes, which have been drawn to the attention of the Court are not just palpably erroneous but have been made in wanton disregard of the truth. There is no relaxation either in the age limit or in the number of attempts available to the Muslim community in the civil services. The drift, tenor and content of the episodes is to bring the community into public hatred and disrepute. The Court is duty bound to ensure compliance with the salutary principles of the Programme Code.”

Addressing the Sudarshan TV lawyer, Shyam Divan, Justice Chandrachud said that ‘as a Supreme Court of the nation we cannot allow you to say that Muslims are infiltrating civil services.’ “You cannot say that the journalist has absolute freedom doing this,” Justice Chandrachud continued.

The Supreme Court judge concluded that the controversial broadcast by Sudarshan TV was ‘an insidious attempt to malign a (Muslim) community.’

Sudarshan TV had also accused students of Jamia Millia Islamia University of hatching a conspiracy to ‘infiltrate’ the Indian civil services as if aspiring to join the civil services was a crime for Indian Muslims.

Justice Chandrachud said, “When you say students of Jamia are part of a conspiracy to infiltrate civil services, that is not permissible. You cannot target one community and brand them in a particular manner.”

Justice Joseph quipped in to add, “That too by making factually incorrect statements.” He was referring to factually inaccurate claims broadcast by Sudarshan TV that Muslim candidates could make more attempts compared to non-Muslim candidates to crack the civil services exam. The Hindutva TV, known for broadcasting hate speech, had also claimed that the maximum permissible age to appear in the civil services exam for Muslims was higher than Hindu candidates. 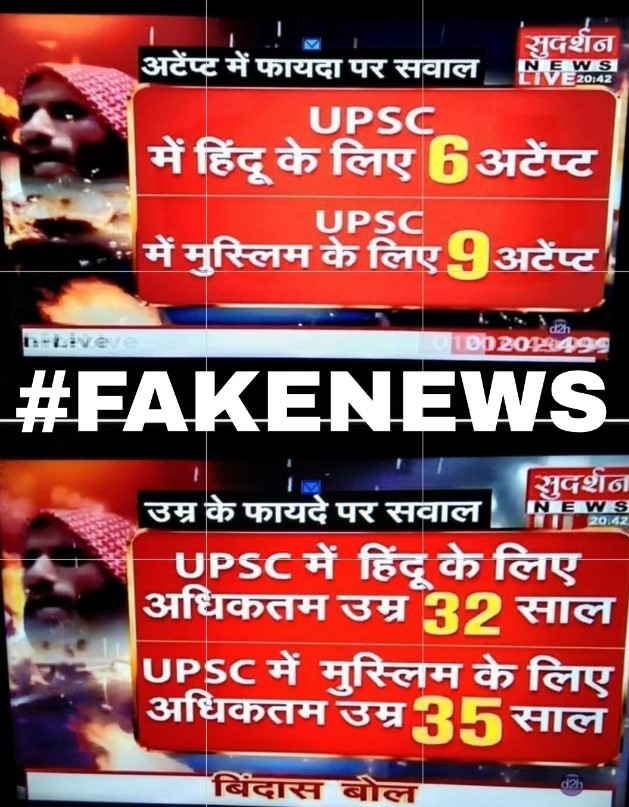 Justice Chandrachud said that this was ‘not a freedom of speech issue when you say there is a conspiracy by Muslims to flood the civil services.’ This was in response to Shyam Divan’s argument that Sudarshan TV’s broadcast was to highlight foreign funding.

Justice Joseph highlighted how certain TV anchors routinely muted guests, whose opinions were not in sync with them. This is something that Republic TV’s Arnab Goswami is found to be indulging in on a regular basis. Justice Joseph said, “…in debates, one needs to see the role of the anchor. How one listens when others speak…check in the TV debates the percentage of time taken by the anchor to speak. They mute the speaker and ask questions.”