Sunny Hindustani, who earned his livelihood by polishing shoes at a railway station in Punjab, has won the latest edition of Indian Idol. He won the trophy, Rs 25 lakh in cash and a singing contract with T-Series. The contestant from Punjab also won a Tata Altroz car. 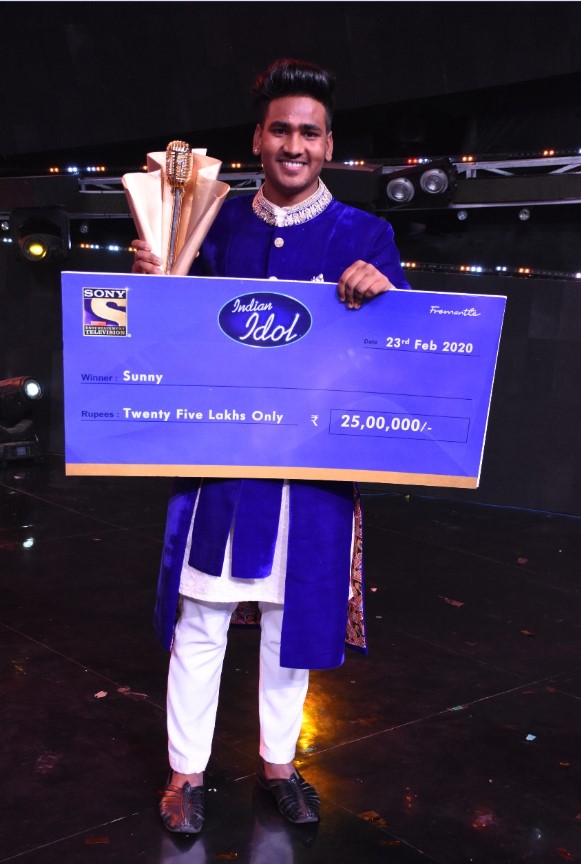 His mesmerising rendition of Nusrat Fateh Ali Khan’s songs had left everyone speechless. Even cricket legend Sachin Tendulkar had taken to Twitter to extend his support to him.

Sunny’s mother begged for rice in her neighbourhood and sold balloons to run her family.

Neha Kakkar, Vishal Dadlani and Himesh Reshammiya were the three judges of the singing reality show. The contestant from Bhatinda in Punjab had joined the show with an identity of Sunny but the then judge Anu Malik had given him the surname of Hindustani after he was left awestruck by his performance.

In a fitting tribute, the makers of the reality show had ensured that Sunny’s mother was present on the stage when her son’s name was announced the new Indian Idol.