Comedienne Sugandha Mishra of The Kapil Sharma Show on Saturday announced her engagement to Sanket Bhosale, eliciting a response from Indian Idol judge Neha Kakkar among others. 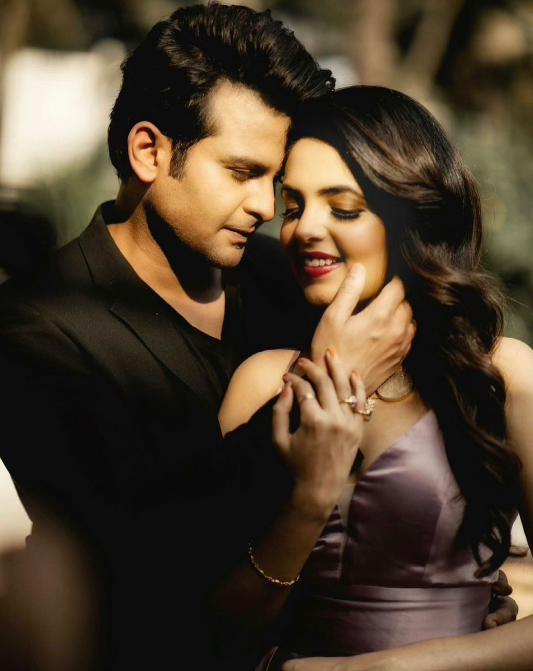 The news of their engagement evoked plenty of reactions including from Indian Idol judge Neha Kakkar, who left cute comments on Instagram.

Sugandha shared a photo of herself with Sanket as she used the hashtag #gettingmarried to announce her engagement. She wrote, ” ❤️.” Her hashtags included, “#love #life #soulmate #gettingmarried #hitched #forever #blessed #powecouple #suket.”

Reacting to the news, Neha wrote, “Wohoooo!!! Soo happyyy for You both ♥️ Finally ” Neha’s singer brother Tonny Kakkar wrote, “Many congratulations. How beautiful to hear that ♥️.”

Sanket too updated his Instagram account with a cute photo of Sugandha and himself as he wrote, “Found my Sunshine.”

There are reports that both Sanket and Sugandha began dating each other in 2017. Both used to frequently make appearances together on The Kapil Sharma Show, where Sugandha would act as a teacher, while Sanket would impersonate Sanjay Dutt, leaving fans in splits.