The future of Indian cricket under Sourav Ganguly and Jay Shah has come under intense scrutiny after a somewhat mediocre South African side thrashed India by seven wickets in Paarl to win the three-match series. India have already lost the Test series 1-2. This was the first ODI series played by India since the sacking of Virat Kohli as the ODI captain. 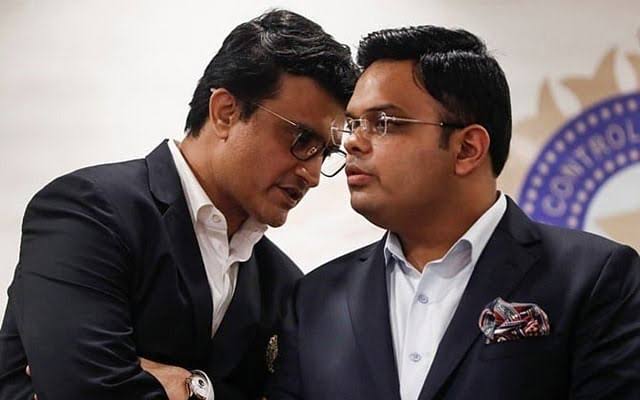 Batting first, India made 287-6 in 50 overs with Rishabh Pant and skipper KL Rahul making 85 and 55 respectively. Shardul Thakur remained unbeaten at 40. The total put up by the Indian team came as a huge disappointment for fans since Team India were cruising at 179-2 after 31 overs.

South Africa’s run chase started at a blistering pace as Janneman Malan and Quinton de Kock began to hit Indian bowlers all around the stadium. They added 132 for the first wicket in the first 22 overs. Malan made 91, while de Cock was out for 78. Skipper Temba Bavuma was out for 35, while Aiden Markram and Rassie van der Dussen remained not out at 37 each.

2 Pics of the “Beginning of the debacle of India” ????#BCCIPolitics #BCCI Captain Kohli#KohliResigns
Jay Shah pic.twitter.com/mZLBvsGzS7

The duo of Ganguly and Shah was reportedly behind the sacking of Kohli as the ODI captain just before the South Africa series started. This had promoted Kohli to hold an extraordinary press conference, where he exposed the lies of Ganguly.