Sony TV has released WhatsApp conversation involving Aditya Narayan and other judges of the Indian Idol singing reality show including that of Neha Kakkar’s days before the latest edition of the singing reality show’s broadcast on the channel. In the said WhatsApp conversation, Aditya Narayan is seen addressing Neha as ‘Mrs’ Singh’ in a reference to her marriage to Rohanpreet Singh, himself a former contestant of a singing reality show and suitor of ex-Bigg Boss contestant Shehnaaz Gill aka Punjab’s Katrina Kaif. In another video shared by Sony TV, Neha was seen struggling to control her tears as she saw the floor-cleaner of Indian Idol showcase his singing talent. 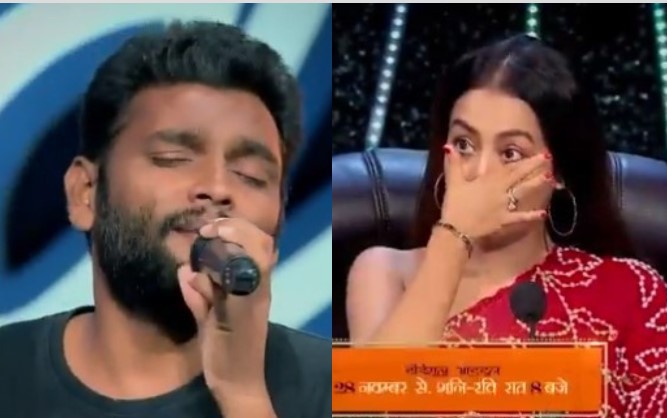 In the last series of the Indian Idol, Aditya and Neha were rumoured to be getting married until the latter explained that she had no plans to exchange wedding vows with the host of the Sony TV reality show.

This year’s Indian Idol show will go on air on 28 November but Sony TV has left no stone unturned in promoting its flagship programme. In its latest social media post, it tweeted what appeared to be a WhatsApp conversation involving the show’s judges and Aditya.

Aditya asked Neha, “Mrs. Singh Kaisi Hain Aap? (How are you Mrs. Singh?)” Neha replied, “Main Theek Hoon Adi. Aur tumhara excitement level to saatve aasman pe hai. (I am fine Adi, but your excitement level has reached the seventh sky).” This was seemingly in reference to Aditya’s recent engagement with his childhood love, who he plans to marry later this year.

But even before Aditya could respond, Neha’s fellow judge Vishal Dadlani jumped in to defend the former, “Of course, hoga hi. Indian Idol 2020 is coming in a few days.”

Our judges and host can’t seem to control their excitement for the new season of Indian Idol even while chatting! Mausam is going to be awesome very soon, with #IndianIdol2020, starting from 28th Nov, Sat-Sun at 8 pm, only on Sony TV pic.twitter.com/pwuGdICErP

In another video, Neha Kakkar was seen wiping off her tears as she listened to a contestant’s gut-wrenching story. Yuvraj Medhe from Maharashtra revealed how he cleaned the floors on the Indian Idol set and improved his craft as a singer by paying attention to the feedback from the judges to other contestants.

No sooner did Yuvraj make his appearance on the stage, Neha instantly recognised him. To which, he revealed how he had cleaned confetti for Salman Ali and Sunny in the earlier seasons when they won the competitions.