Alia Bhatt’s mother Soni Razdan on Monday launched a tirade against Kangana Ranaut for her constant diatribe towards both the mother-daughter duo. Razdan implied that Kangana was a thankless soul, who had chosen to target her and Alia despite Mahesh Bhatt, the Gully Boy actress’ father, giving her a break in the Hindi film industry. 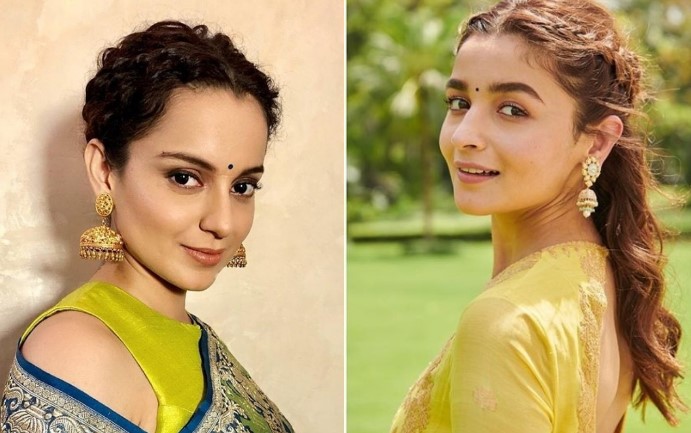 She wrote, “Mahesh Bhatt is the man who has given her a break … she goes on to attack his wife and daughter. Daughter over and over again. What is left to be said then about abusing and hatred I wonder. Apart from character of course. Agenda ? What’s hers …”

Her subsequent tweets read, “please note that he doesn’t own that production house, after Woh Lamhe when Kangana refused to do a film written by him called ‘Dhokha where he wanted her to play a suicide bomber he got so upset that he not only shouted at her in his office. But later when she went for Woh Lamhe preview to a theatre he threw chappal on her, he didn’t allow her to see her own film, she cried whole night …. and she was just 19 years old.” 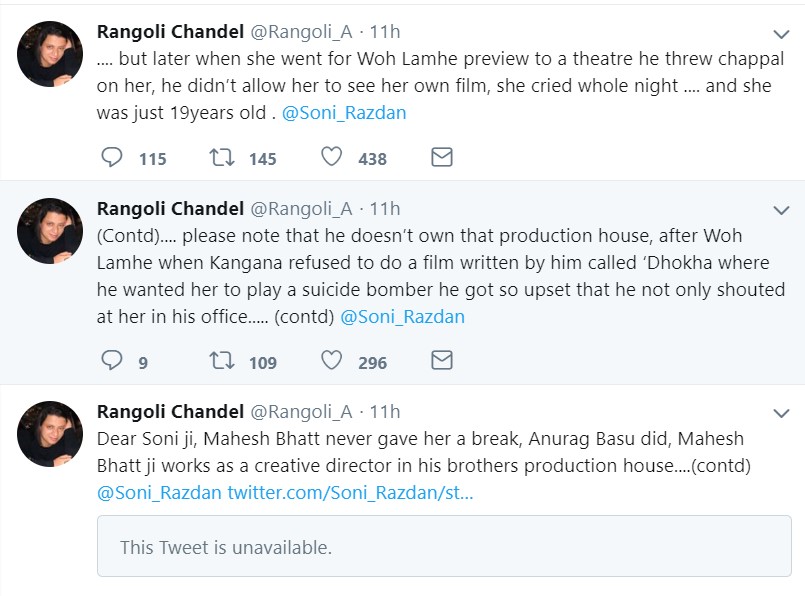