We’ve come to know a great deal about Bollywood actress Alia Bhatt because of her stardom in the Indian film industry but her elder sister Shaheen has often had to live amidst agony and depression. Two sisters, however, have always shared a great camaraderie since their childhood and we learnt about this through a throwback photo that Shaheen shared on Saturday. While sharing the photo of herself with Alia little Alia sitting on her lap, Shaheen informed that this photo was a shining example of why her career as ‘ventriloquist’ crashed. 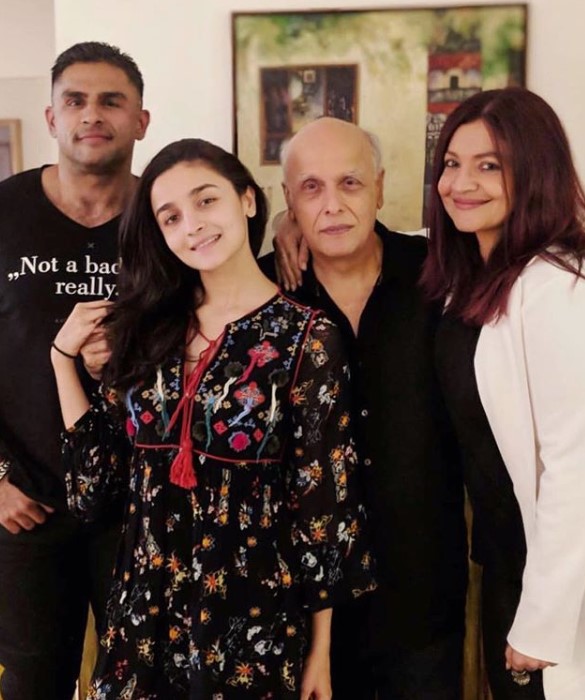 She wrote, “Now I know why my career as a ventriloquist crashed and burned.” In the photo, little Alia could be seen sitting on Shaheen’s lap while both posed for the camera. Both dressed in white, while Shaheen looked cheerful, Alia appeared to be in a grumpy mood.

Now I know why my career as a ventriloquist crashed and burned.

Even elder sister Pooja Bhatt could not resist herself from reacting to this adorable photo of their younger siblings. Pooja wrote, “Awwwwww.” While Alia did not react, she did not forget to like the photo. 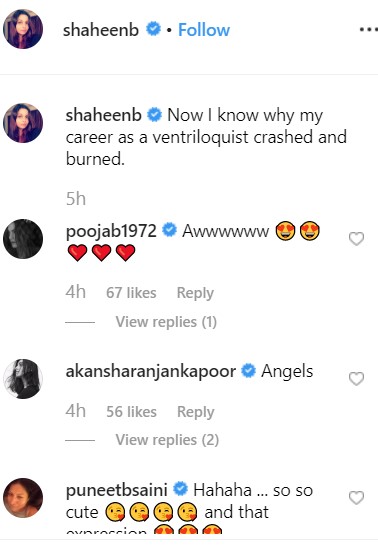 In May this year, Shaheen had opened up about facing insults for being overweight and dark in the past. Speaking to journalist Rajeev Masand, Shaheen had said that even the mention of that incident, when a photographer had asked her to leave the picture because she was dark and overweight, made her uncomfortable.

Last year, Alia had praised Shaheen for opening up about her struggle with depression and feeling suicidal in her book Never Been (Un)Happier.

Taking to Twitter, Alia had written, “Shaheen you are brilliant! My sister has battled and lived with depression since she was 12. She speaks her heart out and without any hesitation addresses the giant elephant in the room – Mental health and the LACK of our understanding & acceptance!”

Both Alia and Shaheen are Mahesh Bhatt’s daughters from his wife Soni Razdan.

On the work front, Alia has a host of projects including Sadak 2, SS Rajamouli’s RRR and Ayan Mukerji’s Brahmastra lined up for release in the months to come.