Bollywood singer Sonu Nigam has poked fun at Indian Idol judges Neha Kakkar and Vishal Dadlani by saying that they had destroyed the essence of the ‘Idol’ franchise by indulging in gimmicks such as crying and touching contestants’ feet. Sonu also sensationally claimed that many contestants taking part in Indian singing reality shows could not sing but the makers of those competitions dubbed their flawed singing to make them look good on TV channels. 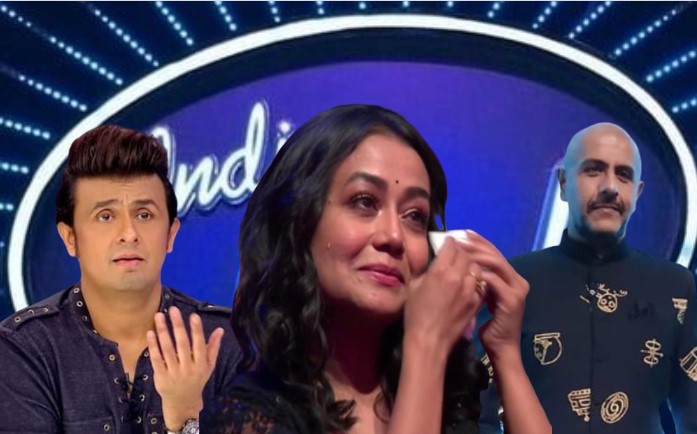 In an interview to filmmaker Vivek Agnihotri, Sonu made fun of Neha and Vishal without taking their names. He said that when he judged the first season of the Indian Idol with Anu Malik and Farah Khan, judges were not allowed to come on the stage to interact with contestants unlike now when judges were seen crying and touching contestants feet.

He said, “In the first season when a contestant was voted out, that contestant would say, ‘I’ve lost the competition but I want to meet Sonu bhaiya and touch his feet.’ But Free Mantle (producers) team would intervene to say, ‘No, you can’t go. You are the judges, you can’t go on the stage. You have to maintain the decorum of being a judge….’ Now on the sets of the same Idol where judges were not allowed to go on the stage, what happens there now? (Mimicking to cry) The judge is crying. One (judge) is coming to tell the contestant that he wants to touch his feet.”

Sonu did not stop here. He also accused the makers of the singing reality shows of misleading the audience by dubbing the performance of contestants. He said, “I am not taking any shows’ names. In almost 99% music competition shows, what you are watching is the dubbed performance. They don’t want to show you the faltered singing. Even when a judge tells a contestant that ‘you’ve out of tune,’ that contestant’s flawed performance will not be broadcast. So, if you want to destroy something, give it to Indians.”

In the last season of the Indian Idol, Neha Kakkar was seen breaking down on several occasions. On one occasion, Vishal Dadlani was seen coming on the stage to touch Sunny Hindustani’s feet. Sunny, who earned his livelihood by polishing shoes at a railway station in Punjab, went on to win the reality show.

Neha was teased for crying on the Indian Idol show by Krushna Abhishek and Bharti Singh of The Kapil Sharma Show. This was when she made an appearance on the Sony TV’s comedy show hosted by Kapil Sharma.