The Punjab Police on Tuesday took gangster Lawrence Bishnoi all the way to Punjab where the associate of Canada-based gangster Goldy Brar will be produced before a court in Mansa, the hometown of singer Sidhu Moosewala. Moosewala was gunned down on 29 May in his car in Mansa. Goldy Brar, Lawrence Bishnoi’s gang-leader, had claimed responsibility for Moosewala’s murder. 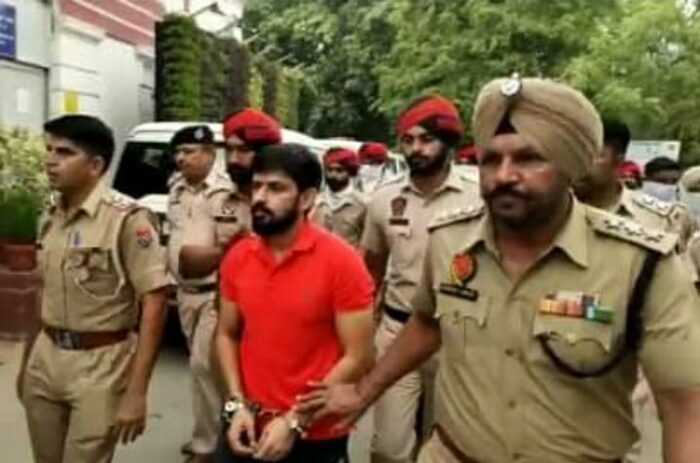 Earlier on Tuesday, a Delhi court had allowed the Punjab Police to formally arrest Bishnoi, who has been languishing in Tihar jail. The court also granted the transit remand of Bishnoi to the Punjab Police. Later, ANI shared a video of a high-security convoy taking Bishnoi to Punjab.

The Punjab Police had earlier told Delhi’s Patiala House Court that their convoy would consist of 50 cops, two bulletproof vehicles and 12 escort vehicles to ensure that no harm was done to Bishnoi, who is capable of providing important leads to the police in the Moosewala murder case.

The Delhi Police had earlier said that Bishnoi had confirmed Goldy Brar’s involvement in Moosewala’s murder, adding that the singer was killed to avenge the murder of an Akali Dal leader last year.

Who Is Lawrence Bishnoi?

30-year-old Lawrence Bishnoi is believed to be the leader of 700-member criminal gang. Born on February 12, 1993, Bishnoi is often referred to as ‘Don’ by his gang members, who are based in states such as Punjab, Haryana, Rajasthan, Delhi and Himachal Pradesh. The Bishnoi gang is notorious for extorting money from liquor mafia, singers and affluent individuals.

Just like Brar, Bishnoi’s father too served in the police. He was a part of the Haryana Police but quit his job after five years in service and shifted his attention to farming.

Bishnoi has a degree in law from Panjab University (PU). He joined the students politics of the university in 2009 when Brar was the president.