This year’s Bigg Boss is turning out to be incredibly dramatic with unexpected twists and turns. The latest in the series is Arhaan Khan’s extraordinary claim that Rashami Desai was on the road with zero money in her bank account. What made the video of Arhaan’s stunning claims even more dramatic was the reaction from Siddharth Shukla, who was watching the proceedings from a secret room. 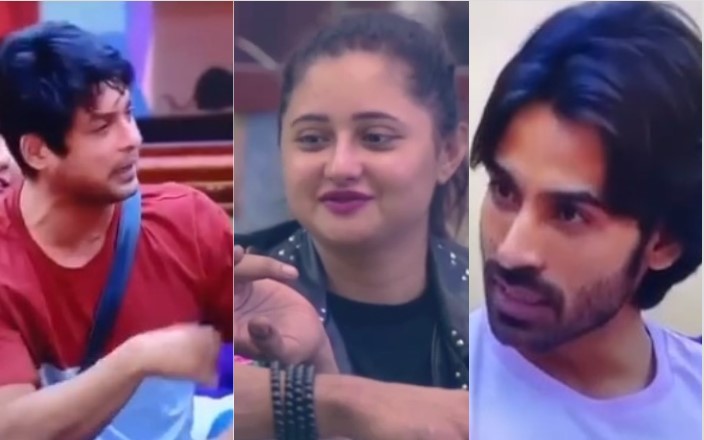 In the promo broadcast by Bigg Boss, Arhaan was heard sharing a claim with fellow contestant Shefali Bagga,” When I met Rashami there was zero balance in her account. She was on the road.” He goes on to add, “Only I know how I managed to help her out and make her what she is now.”

Reacting to Arhaan’s claim, Siddharth is heard saying mockingly, “So, Rashami had zero balance in her bank account and she showed that to him and he helped her.” Paras Chhabra, who too is sharing the secret room with Siddharth Shukla is heard saying addressing Arhaan, “First you establish yourself.”

Siddharth tells Paras, “He’s screwed Rashami’s reputation.” Paras replies, “I will go and tell her inside the house… The point to be noted My Lord.”

Salman Khan on Saturday had revealed to Rashami that Arhaan had a secret child from his previous marriage. The news had left Rashami heartbroken as she accused Arhaan of not telling her about this aspect of his previous marriage. Salman had later entered the house to console Rashami as he told both of them to sort out their differences before starting a new life.

Siddharth was later taken out of the Bigg Boss house to a secret room from where he will be monitoring the developments concerning other contestants.

It seems that Arhaan’s troubles are far from over as Rashami is bound to react angrily when informed about his claims.