Shloka Mehta has often earned praise from her fans for her simplicity and natural beauty even sans makeup. However, when she made an appearance at the pre-wedding function of husband Akash Ambani’s cousin recently, an immediate comparison was drawn with the likes of Aishwarya Rai Bachchan and Mira Rajput. There was a general consensus that Shloka had beaten both Aishwarya and Mira, two of the most popular names known for their style quotient, in the fashion game. 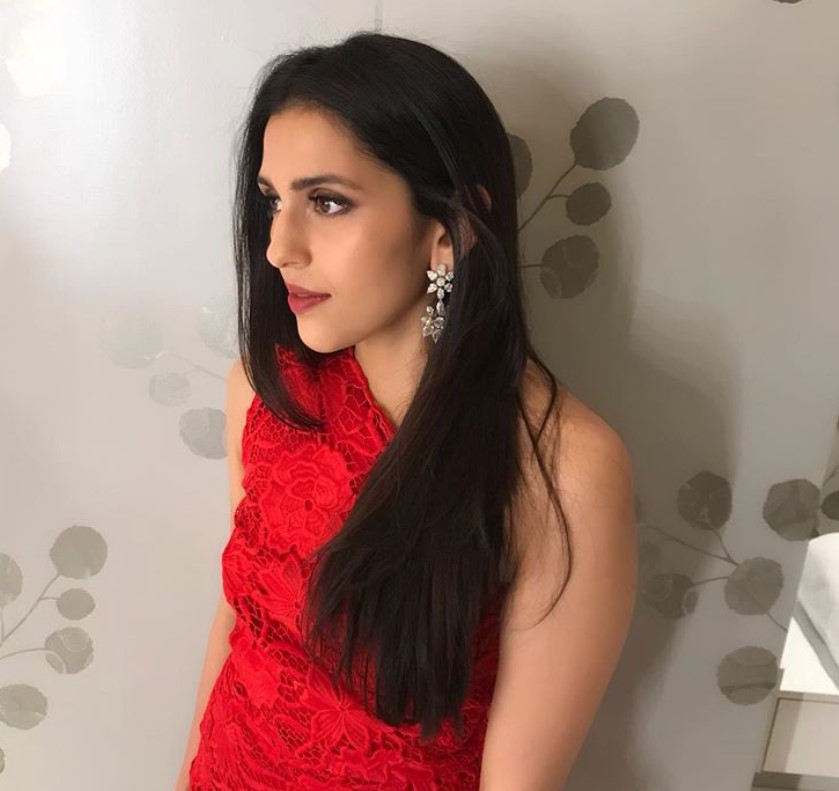 Shloka’s lace lavender separates with a similar colour long-line lace jacket and an emerald and diamond choker was enough to make the Ambani bahu one of the best-dressed ladies at the pre-wedding function of Arjun Kothari, nephew of Mukesh and Nita Ambani. But Shloka did not stop here. For another function, she chose a single shoulder red lace mini dress with floral diamond danglers paired with white Greek-style slippers.

In the second outfit, Nita Ambani’s daughter-in-law was also seen doing away with her usual no-makeup rule and looked like a glamorous diva. Celebrity makeup artist and hairstylist  Ojas Rajani took to Instagram to reveal that she was the person behind Shloka’s new ‘red hot’ look.

What Shloka and Isha wore for Arjun Kothari’s pre-wedding function had dominated the conversations on social media. Not to be left behind, Isha too had chosen Anamika Khanna and Abu Jani -Sandeep Khosla for her two outfits. Isha was first seen in a sleeveless sharara-saree designed by Anamika Khanna at the event. Later, she also wore a powder lilac and gold, French Chantilly lace saree. The creation, according to the designers, was lavishly embroidered in gold and silver zardozi, crystals, sequins and bugle beads to exceptional effect.