Police in Uttar Pradesh have arrested the Noida politician, Shrikant Tyagi, days after a video of him physically assaulting a fellow resident in a posh society went viral. Facing consequences, Tyagi has now made desperate attempts to seek forgiveness from the woman, who he had called a ‘prostitute’ in the viral video. 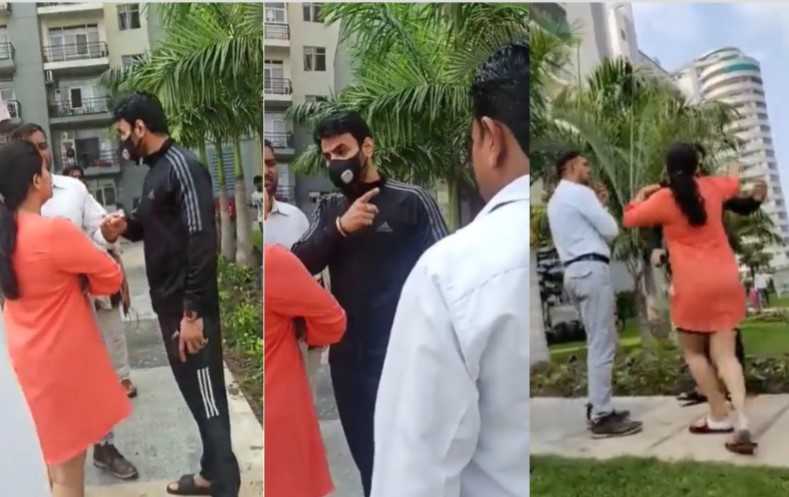 “I regret the way I got carried away and used slangs. I should not have done that. She is like my sister. Women have a place of respect in the society,” he told TV9 Bharatvarsh TV channel.

He added, “Definitely it is a mistake. I realise that and I am ready to apologise to her,” he told TV9 Bharatvarsh in an interview after his arrest from Meerut in Uttar Pradesh.

“I got carried away and later realised that I should never use such language for anyone.”

In the viral video, Tyagi was seen physically assaulting the woman after she raised objections on the encroachment attempts on public property by him. He had later fled after the local police launched a crackdown. The National Commission for Women had asked the police to take strict action against him.

Tyagi was associated with the BJP, but the saffron party was quick to dissociate itself from the politician after the video of his misconduct went viral.