Bollywood actress Kangana Ranaut is facing widespread condemnation for her statement calling Mumbai, the home of Hindi film industry, ‘Pakistan occupied Kashmir.’ Known for her controversial statements on the death of Sushant Singh Rajput, Kangana has landed herself in a spot of bother by angering Maratha sentiments. 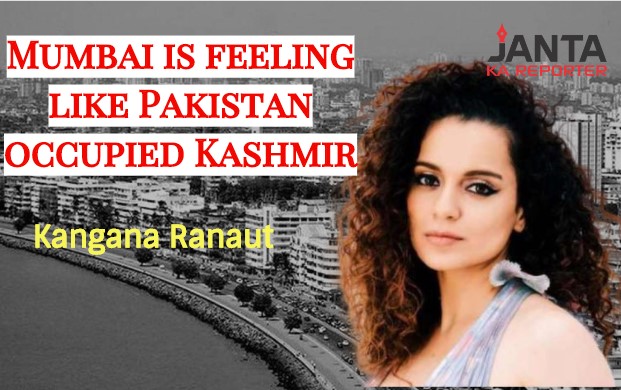 Sanjay Raut Shiv Sena leader has given me an open threat and asked me not to come back to Mumbai, after Aazadi graffitis in Mumbai streets and now open threats, why Mumbai is feeling like Pakistan occupied Kashmir? https://t.co/5V1VQLSxh1

Such a brazen and shamless statement from half educated intellectual starlet just to be in good books of BJP/Modi you can abuse and call Mumbai as Pakistan, atleast one should have an iota of respect to city which has given her stardom and celebrity status.

What if my name was Khan, I was an actor and said that being in Mumbai felt like being in Pakistan Occupied Kashmir! Time to call out the rubbish that is being put out only to get attention.. ?

Can you imagine the outrage if Aamir or another Khan said Uttar Pradesh feels like Pakistan Occupied Kashmir? I dare the same bhakts, who told Aamir to leave the country to tell their mom Kangana to get out of the country too, since she doesn’t feel safe. https://t.co/5OegAn5kvA

She is saying that Mumbai feels like Pakistan Occupied Kashmir. Had the same thing said by KHANs, Bhakts would have labelled them anti-nationalist very moment. But everything is negligible when it comes to Bhakts and their Fathers and Mothers. These despicable need to be exposed. https://t.co/zC5ro2lD49

Do you remember a 19yo girl Amulya was arrested under sedition for saying “Pakistan Zindabad Hindustan Zindabad” ??

Sanjay Raut had asked Kangana to refrain from visiting Mumbai after the actress said that she feared the Mumbai Police more than the ‘movie mafia.’