Divya Khosla Kumar, the wife of India’s music magnate Bhushan Kumar, has launched a tirade against singer Sonu Nigam for threatening to make a video public about a woman, who made sexual harassment allegations against the T-Series owner. In an extraordinary video, Divya asked if she should also accuse Sonu Nigam of MeToo allegations, adding that if this would make the Bollywood singer a rapist. The controversy surrounding Sonu Nigam and Bhushan Kumar was triggered by the nepotism debate over the tragic death of Sushant Singh Rajput. 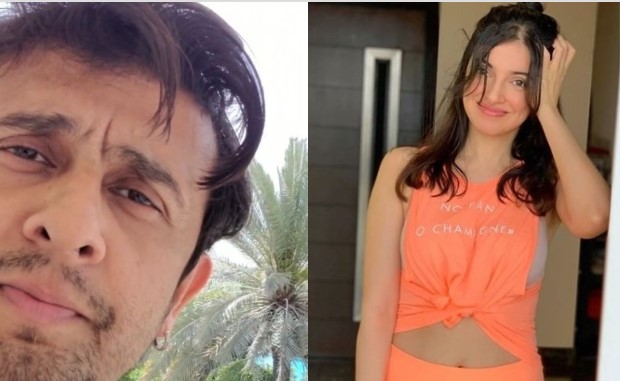 Divya asked, “I want to ask you Sonu Nigam ji. What’s this MeToo movement? Shall I level MeToo allegations? Shall I call you a MeToo rapist? Will that make you a rapist? So, please make your videos after proper consideration. You’ve issued threats to us in your video that you will make the video of that girl (Marina Kuwar) public. By all means, do that. But do care to release the evidence too to substantiate your allegations. There’s no meaning to the MeToo movement without any evidence.”

Divya also brought her family cook Sheru to reveal on camera how Bhushan Kumar’s legendary father Gulshan Kumar had discovered Sonu from Delhi as a raw talent to give him his first break in Bombay under the banner of T-Series. Divya said that Sonu used to sing at religious gatherings for Rs 5 per show until her late father-in-law decided to bring him to Bombay.

She also accused Sonu Nigam of having underworld links and demanded a government inquiry. This was after Sonu in his video alleged that Bhushan Kumar had approached him for protection from underworld don Abu Salem.

Sonu had claimed in his video that Bhushan Kumar had approached him for protection from Abu Salem in the past. Divya asked, “I want to ask you this Sonu Nigam ji. Why did Bhushan Kumar ji approach you for protection from Abu Salem? Please, a thorough probe should be launched to find out if Sonu ji had links with Abu Salem. He definitely had links, that’s why Bhushan ji went to seek his help. He himself has said in his video that he (Bhushan) approached him for help.”