Indian cricketer fondly addressed Mukesh Ambani’s wife as bhabhi (sister-in-law) and the Mumbai Indians’ owner treated the all-rounder as a family member. After all, Pandya has been a mainstay of five-time IPL champions Mumbai Indians ever since he was bought for Rs. 10 lakh in 2015. However, that relationship has now come to end after Pandya was announced as the captain of the newly formed Ahmedabad IPL team. 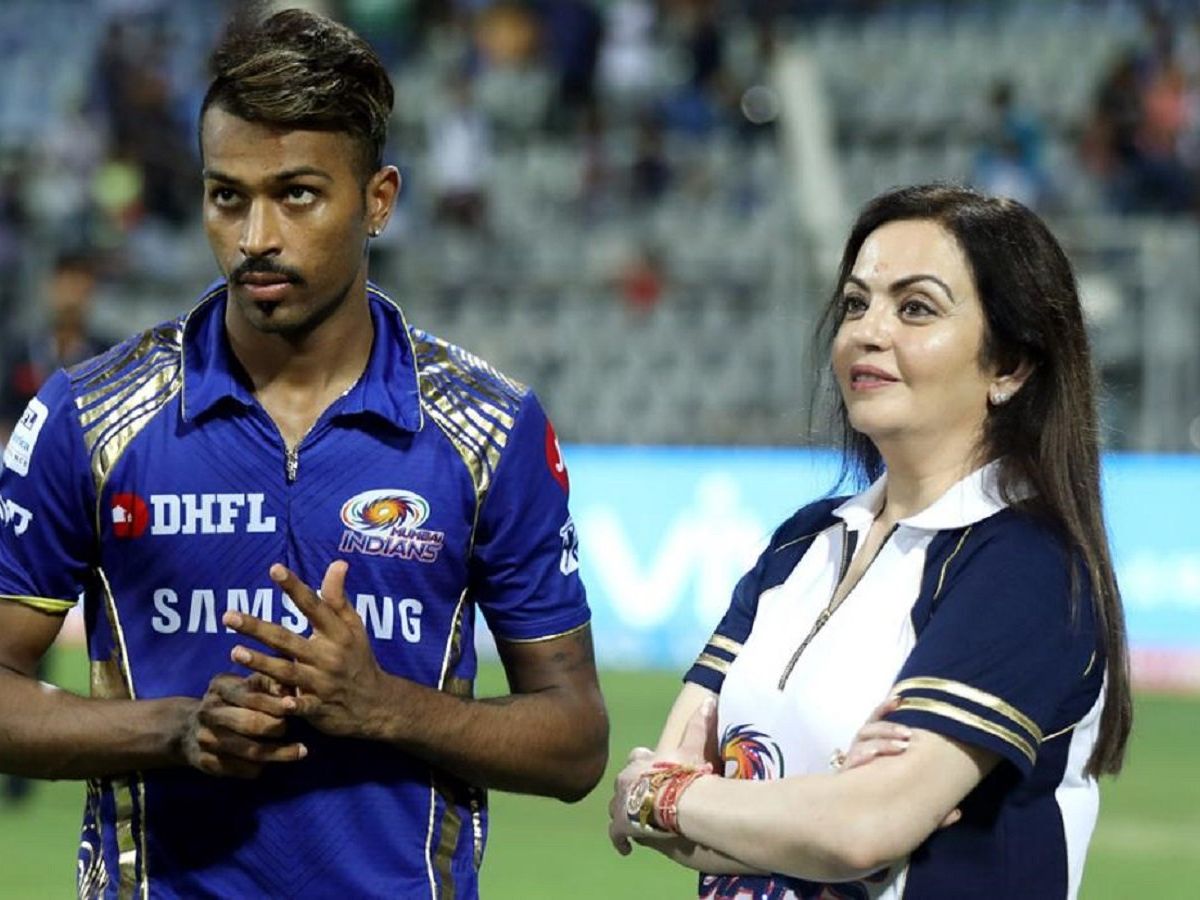 Ahmedabad IPL franchise has paid a whopping Rs. 15 crore to Pandya, who had fallen out of favour by the Nita Ambani-owned Mumbai Indians since last year. A local Gujarati lad, Pandya couldn’t believe his luck when the first IPL team from his state offered him a mouth-watering sum to captain the side in the next edition of the competition.

Also joining him in the Ahmedabad IPl franchise are Rashid Khan and Shubman Gill, who’ve been bought for Rs. 15 crore and Rs. 8 crore respectively. Khan was with Sunrisers Hyderabad while Gill played for Kolkata Knight Riders.

In 2019, Pandya has once again landed himself in a spot of bother after he proudly shared a photo of himself with Reliance Foundation chairperson Nita Ambani from inside his London hospital, where he was undergoing treatment after having undergone surgery for his lower back at the hospital. This was after 26-year-old Pandya addressed Nita, whose son Akash and daughter-in-law Shloka Mehta are both older than the controversial cricketer, as bhabhi.

Nita Ambani, who too was in London to deliver a speech at the Sports Business Summit in the British capital, had visited Pandya at his hospital. Overwhelmed by Nita’s gesture, Pandya had shared his photo with Nita Ambani on Instagram as he wrote, “Thank you Bhabhi for coming to meet me here in London. Humbled by your gesture. Your wishes and encouraging words mean a lot to me. You have always been an inspiration.”

Only time will say if Hardik leaving Mumbai Indians will prove to be a setback for Nita Ambani’s IPL team.