Five months after giving birth to her first child, popular actress Saumya Tandon has become an ‘inspiration’ after she shared her photos of doing yoga on International Yoga Day. Taking to Instagram, Saumya from the popular TV series Bhabhi Ji Ghar Par Hain posted two photos of herself in different yoga poses. 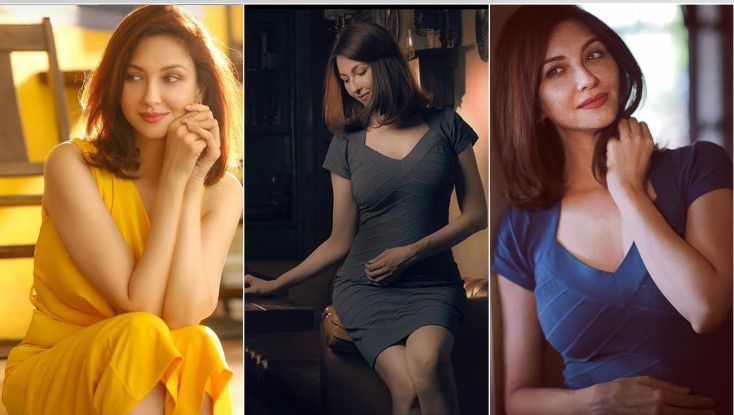 No sooner did she share her photos, her fans went berserk in praising her return to absolute fitness within weeks after delivering a baby. One fan wrote, “You r the inspiration for many.” Another commented, “Wonderful physical fitness Saumya.” “Mind blowing,” wrote another user.

Saumya was a topic of intense social media conversations recently because of her ‘drastic weight loss’ post pregnancy. This was after she shared a series of photos doing different activities. While sharing one photo, the Gori mam of Bhabhi Ji Ghar Par Hain wrote, “Am I in a painting.”

Am I in a painting. Captured by @sachin113photographer . #picoftheday #shootlife

Saumya had recently said that not only did she maintain a healthy diet during her pregnancy, she also did yoga on a regular basis. Earlier this month, Saumya shared another beautiful photo of herself with a caption that read, “That sunny moment.”

That sunny moment. Clicked by @sachin113photographer

Saumya gave birth to her son in January this year. During her maternity leave, the show courted huge controversy as the Election Commission sent its producers a legal notice for violating the Model Code of Conduct by incorporating political advertisements in favour of the BJP in its story line.