Video of Anushka Sharma mimicking a cricket fan of her husband Virat Kohli has gone viral within hours of her posting it on Instagram. Anushka mimicking Kohli’s crazy fan in demanding a four from him has left several Bollywood and sports celebrities in splits. Notable among them are actors Ranveer Singh, Hrithik Roshan, Sara Ali Khan’s co-star Kartik Aaryan and Arjun Kapoor, tennis star Sania Mirza and filmmaker Karan Johar among others. 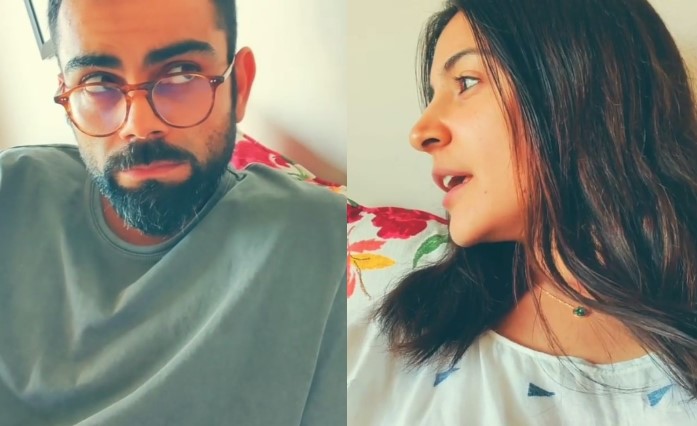 The video ends with Kohli giving his wife an annoyed look. While sharing the video, Anushka wrote, “I thought he must be missing being on the field. Along with the love he gets from millions of fans, he must be especially missing this one particular type of fan too. So I gave him the experience.”

I thought he must be missing being on the field. Along with the love he gets from millions of fans, he must be especially missing this one particular type of fan too. So I gave him the experience ???

Both Anushka and Kohli have been forced to live in self-isolation due to the nationwide lockdown. Anushka had recently shared a video of giving her husband a haircut, which had caught the attention of many across India. Reacting to the video, Priyanka Chopra ahd commented, “No way!!! Mine will not let me at all!!”

The current nationwide lockdown to stop the spread of coronavirus is expected to end on 3 May.