Bigg Boss host Salman Khan once again has faced the wrath of social media users after he showed more biases in favour of Siddharth Shukla. The promo for the Weekend Ka Vaar episode showed Salman lashing out at Asim Riaz and Rashmi Desai but treating Siddharth with kid gloves. 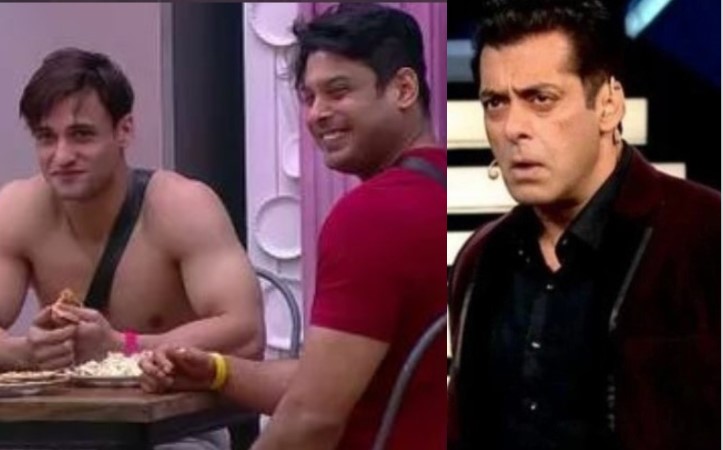 Interestingly, Salman chose to slam Asim for dragging Siddharth’s father during their fights. However, Salman had chosen to ignore Siddharth’s antics when he abused Asim Riaz’s father repeatedly in the past.

In the Weekend Ka Vaar episode,Salman will be seen reacting angrily to the New Year greetings conveyed by housemates. He said, “What Happy New Year. And for what?”

He then shifted his attention to Asim as he asked, “Asim why did you call Siddharth Shukla’s father a cry baby? Do you know where his father is?” Asim said that he was no more. To which Salman replied, “You are so bloody irritating.”

Addressing his favourite contestant Siddharth, Salman said, “You cross every limit in anger. Your real personality comes out in anger.”

Salman was equally menacing towards Rashami Desai, who is another rival of Siddharth in the reality show. Salman told her disparagingly, “Rashami thinks we don’t show anything against Shukla. If you think you are being portrayed in poor light, then we will open the gate. Please leave.” He then ordered Bigg Boss to open the gate.

Salman had faced widespread condemnation when he refused to admonish Siddharth even when the latter physically assaulted other housemates. Siddharth has repeatedly abused the parents of fellow housemates but Salman has chosen to look the other way.

Salman’s latest biases have left Twitterati seething. One user wondered, “Confused..who is paying whom. Siddharth is paying to bigg boss producers or producers are paying to Siddharth??” Another wrote, “If big boss will make Siddharth win..we will not watch Salman Khans movie and no big boss from next year they are so much biased..only money speaks this is what they are showing ..utter nonsense.”