Not many would know that Saif Ali Khan had recently revealed on The Kapil Sharma Show how he often took his son Taimur for a joy ride in an auto-rickshaw. His revelation had left Kapil Sharma speechless. This had come days after Rohit Shetty embarrassed Saif’s wife Kareena in the presence of Kapil Sharma and Archana Puran Singh. 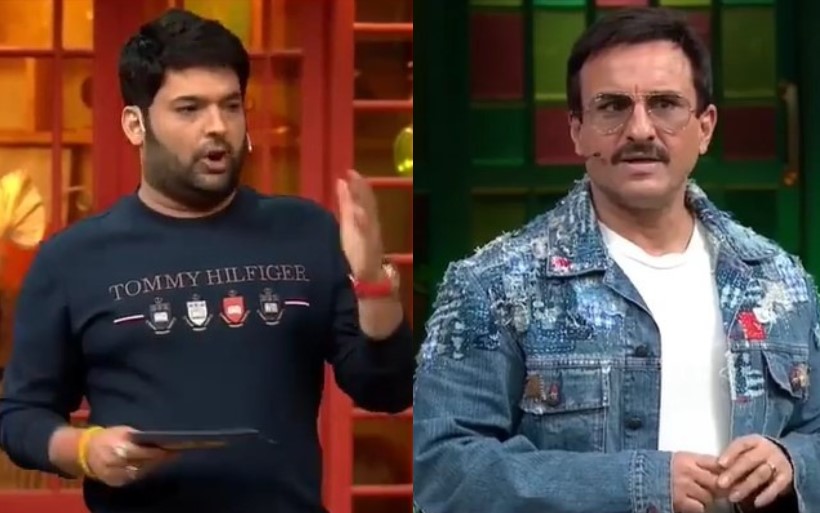 When Saif appeared on The Kapil Sharma Show to promote Jawaani Jaaneman, Kapil had asked, “Have you ever travelled in an auto-rickshaw?”

Saif Ali Khan had replied, “Yes, on many occasions.” Kapil had persisted, “When?” Saif had said, “Actually it was when I took Taimur for an outing. It was around one year ago. I live in Bandra, so travelling in smaller vehicles takes a shorter duration. So, I have done that on many occasions.”

A visibly impressed Kapil was left speechless as he could only utter, “Wow.”

Kapil also asked Saif if he had ever worn his clothes twice without washing them. Saif replied, “You know they say that you should never wash your jeans.”

Saif had revealed how despite hailing from a rich family, he always struggled to have a lot of money during his student days, adding that he had to work at an advertising firm when he came to Delhi after finishing his schooling.

Saif is married to Bollywood actress Kareena Kapoor Khan. This is his second marriage with his first wife being another Bollywood actress Amrita Singh. His first two children, actress Sara Ali Khan and son Ibrahim, are from Amrita, while Taimur’s mother is Kareena.

Taimur has become one of the most followed Bollywood children as Mumbai’s paparazzi brigade has always followed every single movement of the young nawab. Taimur was born on 20 December 2016.

Kareena Kapoor Khan had recently revealed her son Taimur’s ‘new profession’ as a jewellery designer days after filmmaker Rohit Shetty embarrassed her in the presence of Kapil Sharma and Archana Puran Singh on The Kapil Sharma Show. Kareena had taken to Instagram to reveal how her three-year-old son had designed a piece of jewellery out of pasta during the nationwide lockdown to fight the coronavirus pandemic.