Saif Ali Khan has made a stunning revelation about his daughter Sara Ali Khan’s fondness for Sushant Singh Rajput, who committed suicide on Sunday at the age of 34 years. Saif also called out Bollywood’s hypocrisy in condoling Sushant’s death. 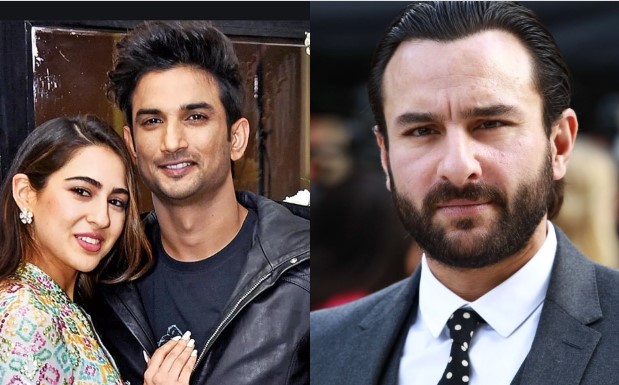 Sushant had worked with both Saif Ali Khan and Sara Ali Khan. Sara’s debut film Kedarnath opposite Sushant was a blockbuster. Sushant’s last film was Dil Bechara with Saif Ali Khan. The film is yet to be released.

Sara had written a profound note for Sushant when Kedarnath completed one year in December last year. Although there were reports of Sushant and Sara falling out after the film’s release, neither of them ever commented on the controversy.

Speaking about his daughter Sara’s fondness for Sushant, Saif told Times of India, “She liked him very much. She was quite impressed with certain aspects of his personality. She told me he was very intelligent, that he could discuss, you know, Jean-Paul Sartre and he could discuss various aspects of philosophy and engineering and that he had learned how to shoot with a bow and arrow left-handed, and he was very fit as well as very hard-working, and a good actor.”

Saif also called out his own colleagues’ hypocrisy by saying that certain individuals were trying to exploit a human tragedy to gain ‘some mileage.’ Saif said, “Such terrible news about Sushant, such terrible news! It’s just awful. It just seems to me that people are somewhere gaining some mileage from this poor fellow’s tragedy, whether it’s to show compassion or to show interest or to show some political stance. So many people are talking rubbish in this nonstop kind of barrage on social media and it’s just embarrassing, really, I think.”

Saif added, “We don’t care about anybody. It’s a very cutthroat line of work. But to pretend that you do care is like the ultimate hypocrisy and I think that’s an insult to the dead, to the soul that’s gone.”

On Monday, Republic TV founder Arnab Goswami had launched a blistering attack against Karan Johar and Shah Rukh Khan as he blamed the ‘cabal’ run by Bollywood kingpin boycott Sushant in the industry. As for Karan, he had written a long post blaming himself for not being in touch with Sushant for the last one year.

Saif, however, felt that it was wrong to assume that Sushant ended his life because of the perceived boycott by some in Bollywood. “It’s sad that film people can’t think beyond films. We will all assume that this terrible thing happened to him because of his films. There is more to life. Maybe he was upset about other things in his life. Maybe it was a personal reason. Maybe it’s nothing to do with films. If you can’t see beyond that, you will put everything on that – the movies you do,” Times of India quoted him as saying.