Royal Challengers Bangalore on Saturday suffered a humiliating nine-wicket defeat at the hands of Sunrisers Hyderabad. Virat Kohli was once again out for a golden duck. 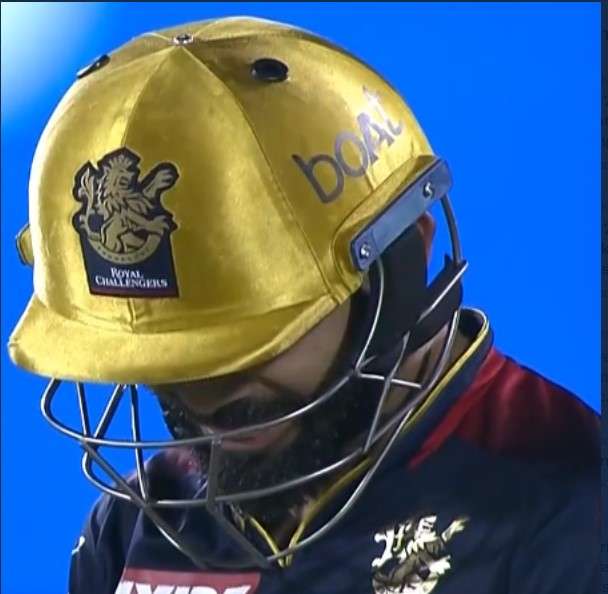 Batting first, Royal Challengers Bangalore were all out for just 68 in 16.1 overs. Three of their batsmen were out without scoring a run and only two batsmen reached the double-digit mark.

In reply, Sunrisers Hyderabad achieved the target in just 8 overs by losing just one wicket. Abhishek Sharma was the top scorer with a knock of 47 from 28 balls.

Kohli’s getting out for a golden duck triggered a meme fest and jokes on Twitter. Many drew a parallel between Kohli’s lean patch with that of Rohit Sharma, who recently created a record of getting out for the most number of ducks in the history of IPL.

Back to back golden ducks?, Ladies and Gentlemen welcome Naam Bade Darshan Chote department senior professor Virat Kohli, on this auspicious occasion his whole team came to the academy alongwith him??? #RCBvSRH pic.twitter.com/q4G0zyY4qG

Seriously what happened with Virat Kohli?. This is most shocking things at the moment right now. This is so painful to see, Kohli got out two consecutive golden duck.

Kohli was out for a golden duck even in his last match against Lucknow Super Giants.

Reacting to his side’s defeat, RCB skipper Faf du Plessis said, “The first four overs, we shouldn’t have lost so many wickets, it was a bit spicy upfront. We just needed to get through that phase where the ball was swinging and seaming, once you get through it, it becomes easier. This wicket looked the best, the expectations were pretty high, it was a very good wicket. There are no excuses though. Jansen bowled well in his first over swinging the ball both ways and got the big wickets.  As a team we need to move forward, it’s a long tournament.”

Hyderabad skipper Kane Williamson said, “The guys bowled beautifully and we caught well. It was an outstanding performance, but for us it’s about looking forward to the next challenge. The ball is swinging a lot more this season, so we have been taking wickets in the powerplay. Jansen is always up for a laugh off the field, but he is very focused. He has got the skills to do that, he is a real treat for us. You want to do as well as you can. Abhishek has been timing the ball brilliantly. There are a few challenges coming up ahead, so need to be focused.”

Marco Jansen was declared Player Of The Match.