Right-wing website Swarajya has once again found itself spreading fake news, this time about veteran journalist Rajdeep Sardesai. Sardesai, who is currently working with India Today as the group’s consulting editor, took to Twitter to expose Swarajya’s lies. 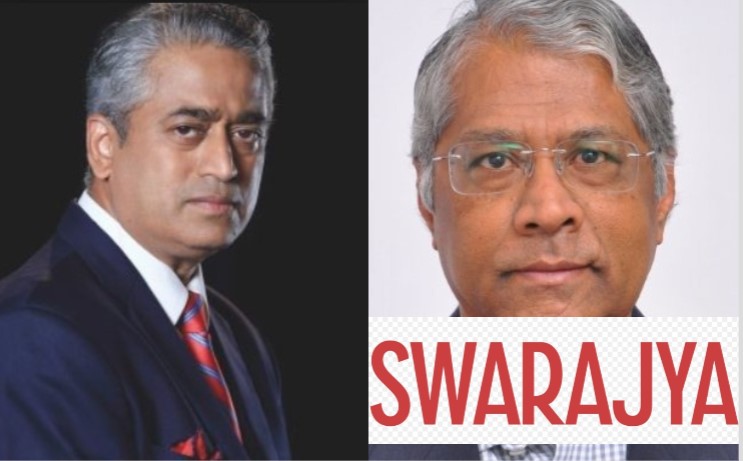 Sardesai called Swarajya’s story about him being ‘persuaded’ to join soon-to-be-launched Harvest TV as false and speculative. The story by Swajrajya had said, “Rajdeep Sardesai is also being persuaded to hop on to the Harvest TV bandwagon. According to sources who are privy to the happenings inside the proposed TV channel, Sardesai has not yet made up his mind to join the venture as he may like to maintain his reputation as an ‘independent voice’ despite his pro-Congress inclinations.”

Reacting angrily, Sardesai tweeted, “So @SwarajyaMag puts out a completely false, speculative story by dragging my name without even so much as asking for a response.” Tagging the website’s editorial director R Jagannathan, Sardesai asked, “What kind of journalism is this @TheJaggi?”

This is not the first time, Swajya and Jagannathan, also known as Jaggi, has been called out for spreading fake news on its website. Both were included in the list of outlets and individuals that had peddled fake news in the past by the BBC in its findings on fake news in India last year.

Such is the brazenness of Swarajya and Jaggi in maligning liberal journalists that they’ve not cared to update their story by incorporating Sardesai’s denial, posted more than 24 hours earlier. The website continues to carry the original version with the ‘false, speculative’ version about Sardesai.

Harvest TV, according to The Print website, will have senior Congress leader Kapil Sibal as one of its promoters with Barkha Dutt being roped in as a consultant. The website also reported that Karan Thapar will make his TV comeback with Harvest TV, scheduled to be launched on 26 January. Founded by Veecon Media & Broadcasting, the channel will soon have its Hindi channel too.