Actor Rhea Chakraborty has taken to social media to share an unseen video with ex-boyfriend Sushant Singh Rajput to declare that she was missing him on his second birth anniversary. This is the first time Rhea has shared a video of herself with Sushant since the latter’s tragic death in June 2020. 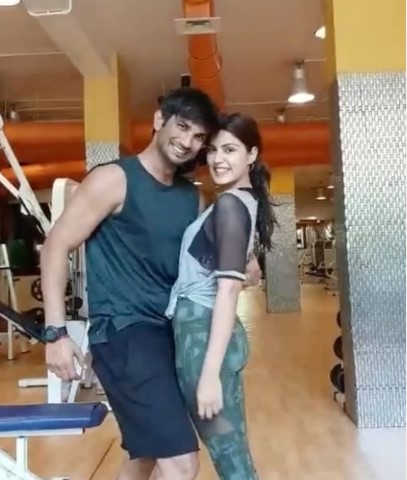 Sharing the video, Rhea wrote, “Miss you so much ❤️”

In the video, a visibly happy Sushant can be seen playfully dancing with Rhea inside a gym. Both of them display ‘V’ sign as they come closer to each other.

The death of Sushant on 14 June 2020 had stunned the Hindi film industry after his body was found hanging inside his house. The 34-year-old actor from Bihar had made his Bollywood debut with Kai Po Che before acting in successful films such as MS Dhoni: The Untold Story, PK, Raabta and Kedarnath among others.

Sushant’s death had prompted his fans suspect foul play as they demanded a fair investigation by the central government agency, the CBI. Pro-government TV channels such as Arnab Goswami’s Republic TV had jumped on the bandwagon to broadcast sensational stories.

Soon, the focus of India’s media trial had shifted to Rhea Chakraborty as Indian TV channels declared her a villain. Rhea was arrested by the Narcotics Control Bureau and had to stay behind bars for several weeks until she was granted bail. Her brother too was taken into custody.

Goswami had given her grief for her ‘I’m sorry babu’ utterances in the aftermath of Sushant’s death. Rhea had later told India Today, “Yes, what else is someone supposed to say after someone has lost their life? I am sorry you have lost your life. I am sorry that your death has been made into a joke. I am sorry that your last memory is not of your good work, intelligence or your charity. That is also misconstrued. Aur kya bolenge? (What else would you say?)”