Umran Malik has become the most talked-about young cricketer in the ongoing edition of the IPL. The fast bowler from Jammu and Kashmir has been wreaking havoc with his fast deliveries. Although he did not claim any wicket on Sunday when Sunrisers Hyderabad faced Chennai Super Kings, Umran bowled the fastest delivery of IPL 2022. The delivery was against none other than Umran’s childhood idol, Mahendra Singh Dhoni, who was captaining the CSK. 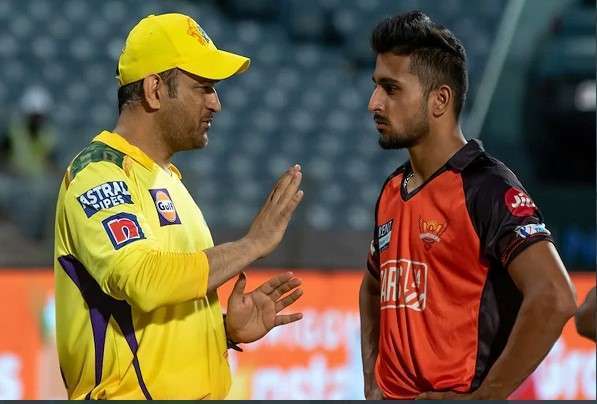 Sunrisers Hyderabad lost the match, but Dhoni found time to speak to Umran to share some valuable tips with the bowler, now dubbed Jammu Express.

Umran reportedly wasted no time in calling his father immediately after the match to share his conversation with his idol. He reportedly told his father how Dhoni told him that he was the future of Indian cricket. “He (Umran Malik) was extremely happy. He was elated after listening to those golden words from the legend himself,” Umran’s father was quoted as saying.

In one of his earlier interviews, Umran was asked which Indian celebrity he would like to go for a dinner date with. His reply was Mahendra Singh Dhoni.

Umran has picked up 15 wickets in the current IPL including a five-wicket haul against Gujarat Titans. His lethal bowling has drawn the attention of even politicians in India. Former Union Minister P Chidambaram had said, “The Umran Malik hurricane is blowing away everything in its way. The sheer pace and aggression is a sight to behold. After today’s performance there can be no doubt that he is the find of this edition of IPL.”

Many former cricketers and commentators have urged the Indian cricket board to immediately pick Umran for Team India.