Former India batsman Sachin Tendulkar had not thought in his wildest dreams that an innocuous photo from the golf course with ex-teammate Yuvraj Singh would trigger huge backlash on social media. This was after Tendulkar shared a photo with Yuvraj to announce that both former India players were now enjoying the game of golf after retiring from professional cricket. The former India batting maestro faced a brutal attack from the supporters of the protesters farmers just before his son Arjun Tendulkar found himself at the centre of a full-blown controversy as critics called him a product of nepotism following his purchase by Mukesh Ambani-owned Mumbai Indians for Rs. 20 lakh. 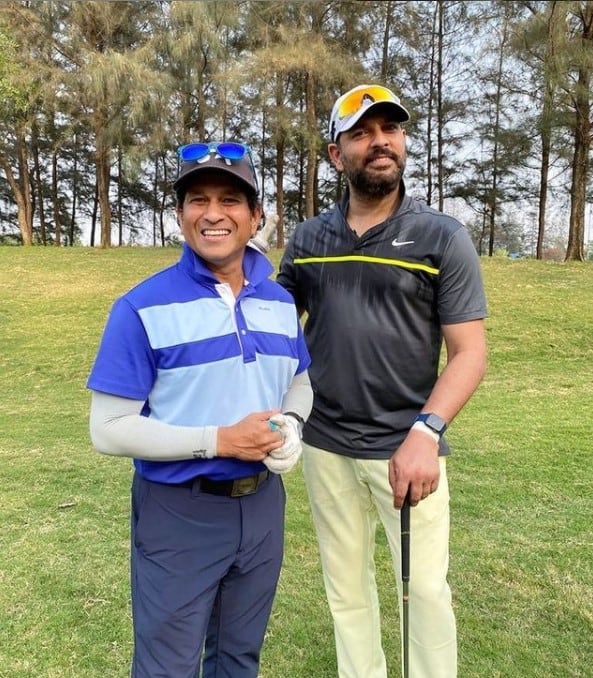 Unimpressed by Tendulkar’s ability to flaunt his prowess as a budding golfer, his fans began to give him grief for his decision to not support the protesting farmers. One fan wrote sarcastically, “Kisan Majdoor Ekta Zindabaad.” Another wrote, “Sad to see you sold to the BJP!” “SELL OUT,” wrote one fan. “How much BJP gave you money” asked another fan.

The criticism for Tendulkar had come just before the former India player decided to parrot the government line to counter Rihanna on the farmers’ protest. Fans, who were expecting Tendulkar to rally behind the protesting farmers were left heartbroken and angry by the country’s highest civilian award-winner when he indulged in government propaganda.

Days later, when son Arjun Tendulkar was bought by Mumbai Indians for Rs. 20 lakh despite having no substantial experience, the batting legend had once again found himself in a spot of bother.