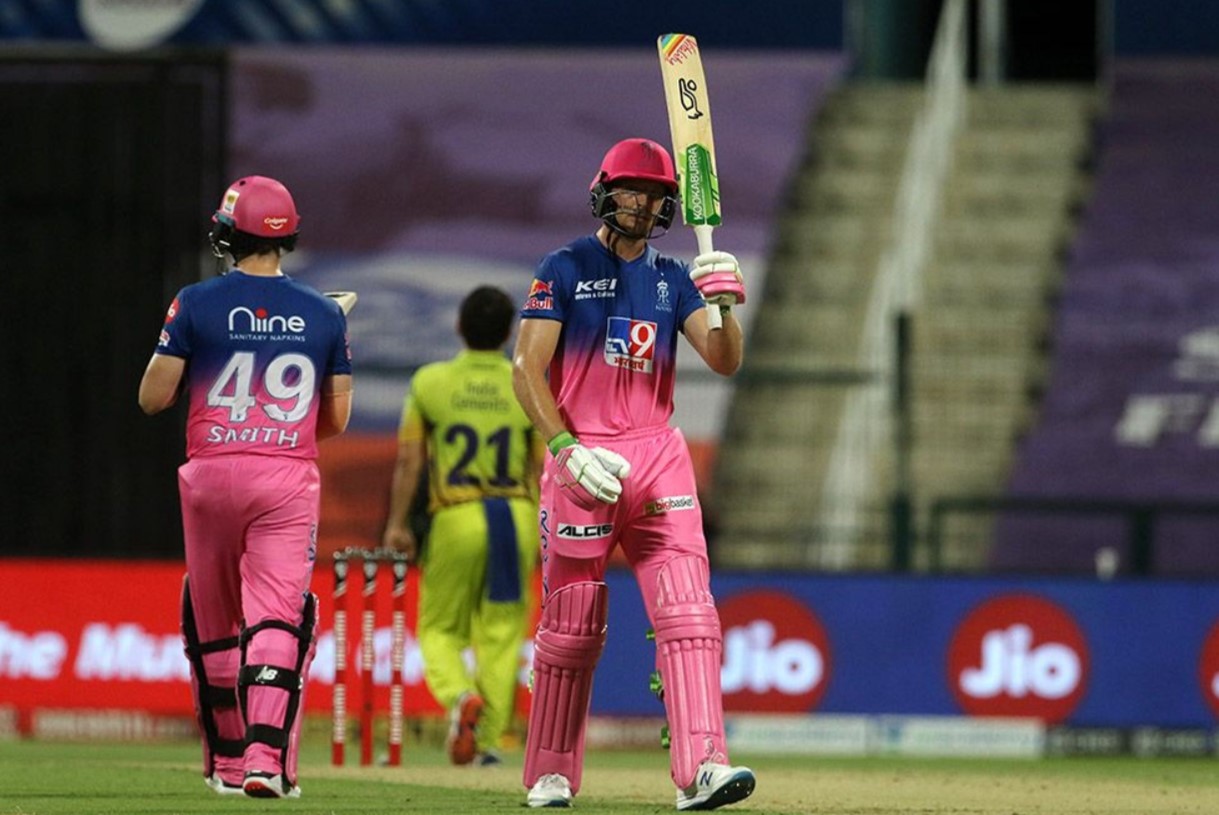 Batting first, Chennai Super Kings had scored 125-5 in 20 overs with Ravindra Jadeja and Dhoni scoring 35 and 28 respectively. The rest of the batsmen simply failed to rise to the occasions.

Though Rajasthan Royals began their run-chase on a cautious note, the pair of Steve Smith and Jos Buttler batted intelligently to rebuild their innings, securing the win for their side. Buttler remained unbeaten at 70 in 48 balls, while Smith was not out at 25 in 33 balls. They added 98 runs for the fourth wicket.

After their latest defeat, the CSK has been pushed to the last in the points table. Their performance this season has been quite humiliating given the same team has won the IPL title on three occasions. Only Mumbai Indians have won the title on more occasions- four times- than them.

Dhoni said after the match, “There was a bit for the fast bowlers and the reason I brought Jadeja was to see how much it was stopping and it didn’t as much as the first innings. So I went with the fast bowlers. I don’t think the spinners got as much bite. It’s not always supposed to go your way. We have to see if the process was wrong. Result is a by-product of the process, but the fact still remains that if you’re focused on the process then the undue pressure of result doesn’t enter the dressing room. We’re trying to address that. You don’t want to do too much chop and change because after 3-4-5 games you won’t be sure of anything. Insecurity is something you don’t want to prevail in the dressing room. It’s fair enough, this season we weren’t there. Maybe we didn’t see as much spark from some of our youngsters. Maybe going forward we bring them in and they play without pressure.”

His Rajasthan Royals counterpart, Smith, said, “The wicket was stoppy, wasn’t easy for batting. Strange game but nice to be on the winning side. I thought we bowled pretty well in the powerplay and the spinners did a goood job in the middle with their leggies and googlies and squeezing. Shreyas last two years has been sensational for us and Tewatia this year whether batting, bowling or fielding, has done the job. Buttler’s innings took the pressure off me at the other end. It was a really good innings on a wicket that wasn’t the easiest. No, I didn’t know I’d edged it! Jos said he heard it and some guys off the field too.”

Jos Buttler was declared Man Of The Match for his match-winning knock.