The trailer of Priyanka Chopra’s much-awaited The Sky Is Pink was out on Tuesday causing quite a storm on social media platforms. Within hours of its release, the trailer has clocked more than 17 million views. However, the focus of the conversation soon shifted from the nuances of Priyanka’s acting or the film’s storyline to a tweet by the Maharashtra Police warning of ‘seven years imprisonment’ in response to Priyanka’s dialogue in the trailer. 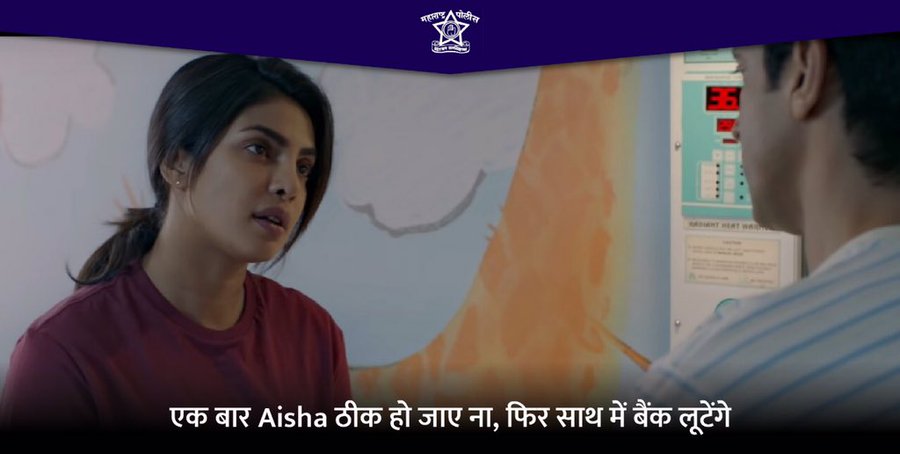 At one point in the film, Priyanka is seen telling her husband, played by Farhan Akhtar, “Ek baar Aisha theek ho jaye, phir saath mein bank lootenge. (Once Aisha is better, we will rob a bank together).” Aisha’s character is played by Zaira Wasim.

Reacting to that line uttered by Priyanka, the Maharashtra Police took to Twitter to remind Priyanka about the consequences of looting a bank (all in good humour). It wrote, “Seven years imprisonment with fine under IPC Section 393.”

Farhan too joined the conversation as he wrote, “Hahaha never planning heists on camera again.”