Bollywood superstar Priyanka Chopra has fiercely defended Zaira Wasim for her decision to quit Bollywood because it clashed with her faith. Both Priyanka and Zaira have worked together in their upcoming film The Sky Is Pink. Priyanka’s profound support for Zaira has come as a befitting reply to the latter’s haters, particularly Arnab Goswami, who had said that the young actress had taken the decision under duress. 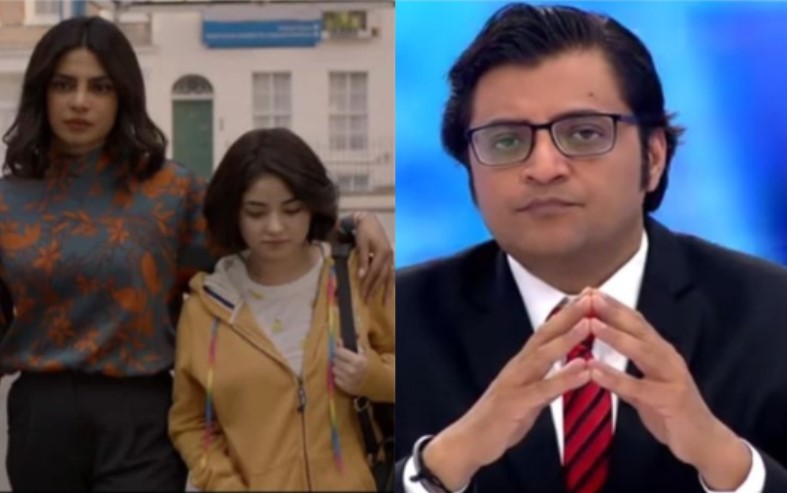 Speaking to the Mumbai-based newspaper Mid-Day, Priyanka said, “It’s a personal choice. Who are we to dictate what someone should and shouldn’t do? She is an amazing actor who has done incredible work. We will always wish her the best.”

Right-wing fanatics had slammed Zaira after she stunned everyone by quitting films arguing that her decision was as a result of her long realisation that her acting career was interfering with her imaan (faith).

Explaining the reason for her retirement from Bollywood in a long social media post, Zaira had written, “This field indeed brought a lot of love, support, and applause my way, but what it also did was to lead me to a path of ignorance, as I silently and unconsciously transitioned out of imaan. While I continued to work in an environment that consistently interfered with my imaan, my relationship with my religion was threatened. As I continued to ignorantly pass through while I kept trying to convince myself that what I was doing is okay and isn’t really affecting me, I lost all the Barakah from my life. Barakat is word whose meaning isn’t just confined to happiness, quantity or blessing, it also focuses on the idea of stability, which is something I struggled with extensively.”

Many known Hindutva supporters had targeted the young actress from Kashmir mocking her reason to quit Bollywood. Prominent among them were Arnab Goswami of Republic TV and actress Raveena Tandon.

The controversial anchor had, however, adopted a contradictory stance when Trinamool MP Nusrat Jahan faced incessant trolling from Muslim fanatics for her decision to marry a Hindu businessman and wear sindoor to parliament.

Priyanka’s support for Zaira will shut up not just Goswami but other growing tribes of Islamophobes in India.

The Sky Is Pink, which also stars Farhan Akhter, will release on 11 October next month.