Paras Chhabra continued to lose his cool in the face of more provocation in the Bigg Boss house after Shefali Shefali managed to wind him up by touching the topic of his love life outside the reality show. Shefali asked if by being a sanskari Playboy, Paras felt it right to cheat on his girlfriend outside the show. Paras made desperate attempts to clarify his stand but Shefali was determined to corner him on the topic of his love life. This angered Paras prompting him to walk out of the interview calling Shefali’s style of grilling him ‘pathetic.’ 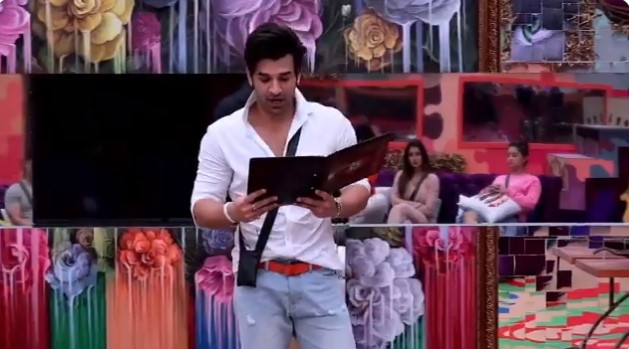 Shefali was interviewing him as part of the task. Paras warned Shefali of dire consequences for causing trouble to him during the interview.

The task saw heated arguments between Shefali and Asim Riaz after the latter accused the former of inappropriately touching him. Asim managed to win the rose and handed it to Aarti, who, this time, nominated Siddharth Dey. Asim apologised to Shehnaaz Gill, also known as Sana, for not choosing her over Aarti for the rose.

Contestants nominated for this week’s eviction are Devoleena Bhattacharjee, Shehnaaz, Shefali, Rashami Desai and Mahira Sharma. As for boys, Siddharth Shukla, Paras and Siddharth Dey got nominated. Asim was the only one safe from eviction this week.

There was a moment when Shefali staged a protest and refused to take part in the interview task since the angry reaction by Paras had left her incensed. Paras wasn’t the only contestant to leave the interview with Shefali. Earlier, Rashami had walked out of the interview saying that her time was up.

Shefali was also upset with Rashami for not disqualifying Asim in the rose picking task.