Pakistani origin Canadian Tarek Fatah, who shot to fame due to his anti-Islamic tirade a few years ago, is back in the news for sharing fake news once again. Known for his hatred for the country of his birth and Muslims across the world, Fatah on Saturday shared a photo of the Pakistani cricket captain Sarfaraz Ahmed claiming that the latter had sought the help of a Muslim cleric for the pitch inspection ahead of the crucial India- Pakistan match in the ongoing cricket World Cup competition. 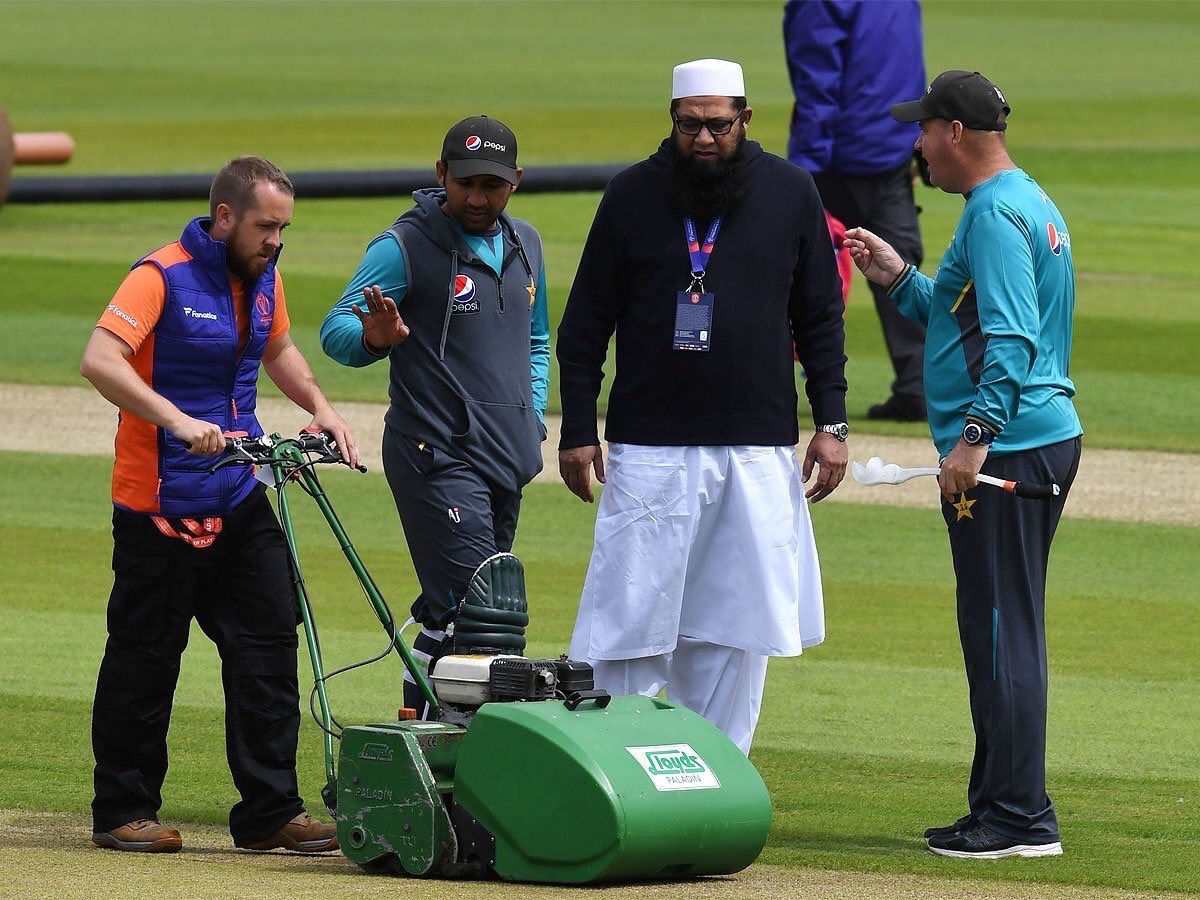 in the photo Sarfaraz could be seen standing next to a pitch roller while joined by Inzamam-ul-Haq, a Pakistani legend and now the chairman of the country’s selection board.

Since quitting cricket Inzamam, a batsman of global repute, has turned religious is now often seen in a traditional Islamic attire. Anyone hailing from Pakistan or having interests in cricket has seen this familiar sight of the former legendary Pakistani batsman. But Fatah took to Twitter to mock the Pakistani captain accusing him of seeking an Islamic priest’s help for divine help ahead of the Sunday’s match against the arch rival India.

Fatah wrote, “The @CricketWcup2019 witnesses a bizarre spectacle only Pakistanis can offer. Capt. @SarfarazA_54 Ahmed brings out their 13th Man, a Mullah to bless the pitch for tomorrow’s match against India. Thank you @Sachin_anshu06 for sharing this gem. #INDvsPAK #PAKvsIND #WorldCup2019”

The @CricketWcup2019 witnesses a bizarre spectacle only Pakistanis can offer. Capt. @SarfarazA_54 Ahmed brings out their 13th Man, a Mullah to bless the pitch for tomorrow’s match against India. Thank you @Sachin_anshu06 for sharing this gem. #INDvsPAK #PAKvsIND #WorldCup2019 pic.twitter.com/MtpAngKDun

No sooner did her share his tweet, many Indians replied to him reminding him that he was trying to spread mischief with a fake news item.

Journalist Vijaya Moorthy wrote, “Foot in mouth is a common disease! Keep sports out of your politics and intolerance.”

Indian cricket fan Ashwin wrote, “If not for such hatemongers on both sides of the border, we would have love for each other as well!”

Another Indian Twitter user nehr_who wrote, “Hey Tharak Fatah, he is Inzamam and A class batsman whose batting avg is more than ur IQ level.”

Despite facing incessant criticism for peddling fake news, Fatah has decided to not delete his mischievous tweet.

This is not the first time that the controversial Canadian of Pakistani origin has resorted to peddling fake news to cause religious and ethnic divide between Indians and Pakistanis.

Once a poster boy of the RSS, he was exposed by Janta Ka Reporter’s editor-in-chief, Rifat Jawaid,during a show in ABP News in 2015. The RSS had promoted him in India to confuse Indian Muslims since Fatah carried a Muslim name. It was this encounter by Rifat Jawaid that put paid to his efforts to build India as a fertile territory to push his agenda of hate.

Last month, Fatah had attempted to mock the Pakistani cricket captain for choosing to wear his country’s traditional dress to meet the British Queen. But, the controversial social media user had faced incessant trolling even from Indians for his yet another attempt to incite hatred against Muslims by mocking Islamic tradition and practices.