Bigg Boss contestant Rahul Vaidya has reacted with an epic response to last year’s contestant Paras Chhabra for dig at Siddharth Shukla with disparaging comments about Shehnaaz Gill aka Punjab’s Katrina Kaif. This was after Paras mocked Siddharth’s age by saying that he would have had a daughter Shehnaaz Gill’s age had he chosen to get married at the right time. 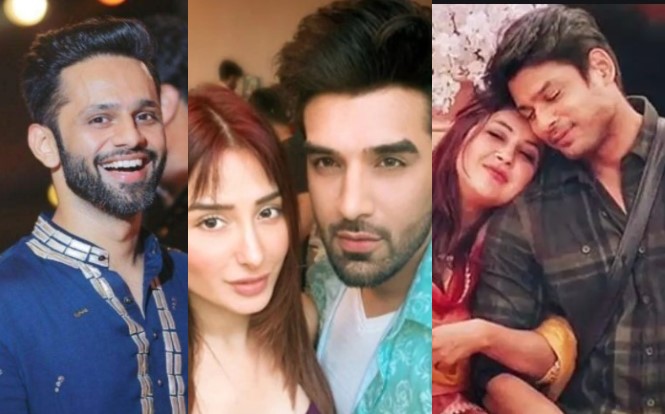 Wishing Siddharth Shukla on his 40th birthday, Paras had written, “@sidharth_shukla bhai sahi time pe shaadi ho gai hoti to #ShehnaazGill jitni beti hoti teri (brother had you got married at the right age, you would have had a daughter Shehnazz Gill’s age)…. haha. just a joke dont take it otherwise… Wish u a very happy Birthday bro.”

Both Paras and Siddharth had taken part in the last edition of Colors TV’s reality show hosted by Salman Khan. While Siddharth became romantically linked with Shehnaaz Gill, Paras had begun dating Mahira Sharma. Both Siddharth and Paras have appeared in music videos with their rumoured girlfriends after the show. Siddharth had gone on to win the reality show.

Meanwhile, Rahul Vaidya had to face the music from Salman Khan on Sunday night after he made his way back into the Bigg Boss house. He had had earlier walked out of the competition saying that he was finding the separation from his parents unbearable. Salman admonished Rahul Vaidya by giving his own example that he had chosen to stay away from his parents, Salim Khan and Salma Khan, for six months during the nationwide lockdown to ensure that he did not infect them with coronavirus.