Sara Ali Khan and Kartik Aaryan have been drawing paparazzi’s attention in Mumbai since the former publicly confessed to being smitten by him on Koffee With Karan. The duo is currently shooting for Imtiaz Ali’s Love Aaj Kal 2. 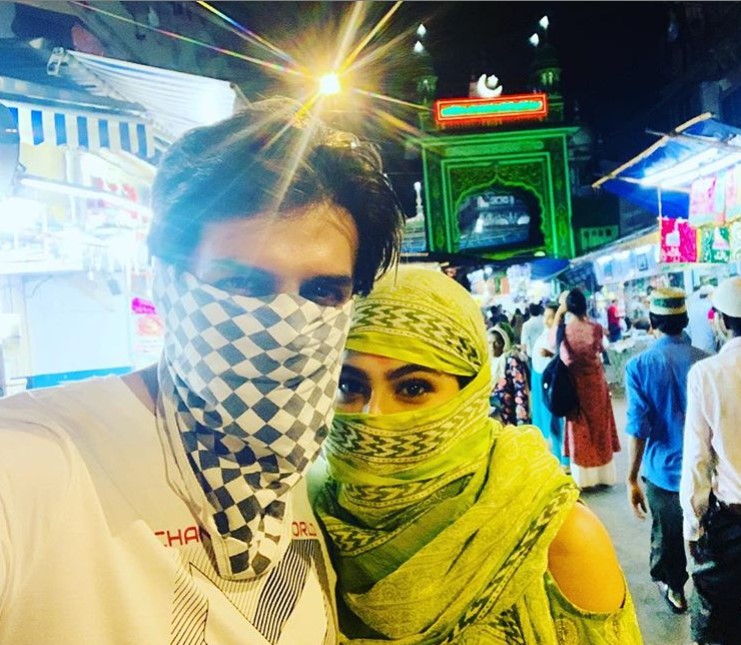 Kartik on Wednesday took to his social media page to share a photo of himself and his co-star Sara outside what looked like a mosque-cum-dargah. He wrote, “Eid Mubarak” while tagging Sara in his post.

Among those liking Kartik’s photo was Sara herself. Other fans too found the photo incredibly cute. One wrote, “they’re so cute na?” “Omg do you see that!?!?!?! ” wrote another fan.

As for Sara, she too had shared an adorable photo with Mom Amrita Singh as she wrote, “Eid Mubarak.” In the photo, both were seen posing for the camera by wearing aprons as they enjoyed their delicious meal.

Ever since Sara Ali Khan revealed on Koffee With Karan that she had a crush on Kartik Aaryan, the two have frequently become a constant topic of media coverage with Mumbai’s paparazzi often chasing both of them. They became media’s favourite couple after it was revealed that Imtiaz Ali had signed them for the sequel of Love Aaj Kal, which had Sara’s father Saif Ali Khan in the lead role.