Arnab Goswami’s obsession with Salman Khan, Deepika Padukone and Bigg Boss has continued to scale new heights everyday. Time and again, the Republic TV founder is found to be launching tirades through his TV broadcasts these days. Days after yelling at Salman Khan using the ‘Bigg Boss of drugs’ jibe, Goswami once again launched a tirade against the Dabangg actor by referring to his ‘hit-and-run’ case. However, he ended up heaping embarrassment on himself as he repeatedly referred to weed as Beed, which is a town in Maharashtra. 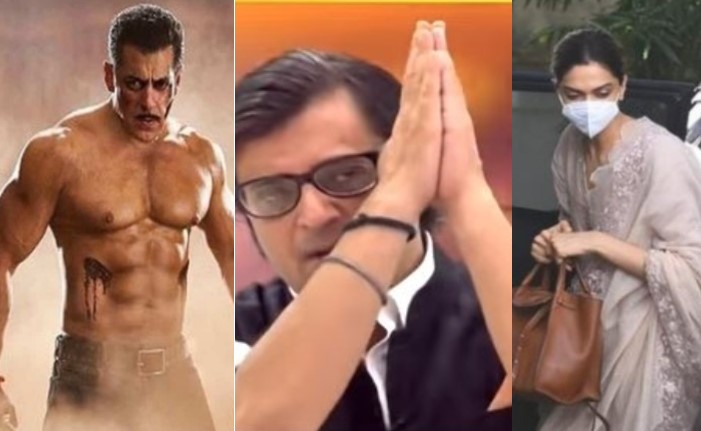 He said, “You will kill poor labourers sleeping on the pavement by running your car over them and then hire lawyers (to protect yourself). Then you will ask if footpath (pavement) is meant for sleeping. So much of your arrogance.”

Goswami also mocked Deepika Padukone by quoting the content of her deposition before the Narcotics Control Bureau. Goswami claimed that Deepika had told the NCB that she was procuring ‘doob’ through her WhatsApp chat group. He said, “Doob is a filled cigarette. This is not drugs. Then this Dam Maaro Dam gang should also inform the nation that hash and weed are not drugs.”

Then, addressing Deepika he yelled, “Tell me Deepika, hashish is an ice cream for you, right?  This hash and weed are not drugs. Then, are these spices to be used in vegetables?”

In his attempt to score high TRP by targeting top Bollywood names, Goswami forgot that the judiciary was an integral part of democracy. He also kept pronouncing weed as Beed, which is a place in Maharashtra.