Nita Ambani’s son Akash Ambani has once again played a key role in securing yet another lucrative investment for his company’s digital arm, Reliance Jio, after global equity firm General Atlantic decided to invest Rs 6,598.38 crore in Jio by buying 1.34 percent stake in the company. This was the fourth big investment secured by Reliance Jio after Facebook,  Silver Lake and US-based Vista Equity Partners bought stakes. A visibly ecstatic Akash Ambani, son of India’s richest businessman Mukesh Ambani, said that he was delighted by the latest deal with General Atlantic. Earlier, it was reported that Akash and his twin sister Isha Ambani had played a key role in securing the Facebook deal. This came days after Tina Ambani wrote an emotional note on the wedding anniversary of Akash and Shloka Mehta. 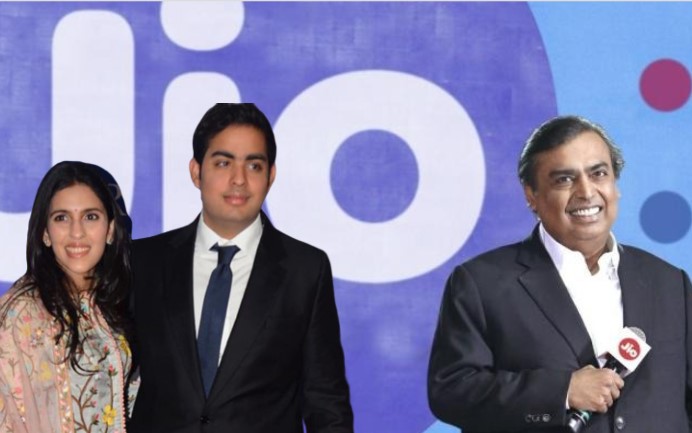 Facebook had bought 9.99 percent stake in Jio by investing Rs 43,574 crore into the company on 22 April. As reported by Janta Ka Reporter, both Akash and Isha were believed to have made several trips to the Silicon Valley to hold discussions with Facebook chief Mark Zuckerberg. According to a report by Bloomberg, while Morgan Stanley led the negotiations, Shloka Mehta’s husband Akash and his twin sister Isha were directly involved in sealing the deal.

Akash, who’s also a Director with Reliance Jio, said in a company statement, “We are delighted that a renowned global investor like General Atlantic is partnering with us in our journey to digitally empower India and Indians. Jio is committed to make a digitally inclusive India that will provide immense opportunities to every Indian citizen especially to our highly talented youth. General Atlantic’s endorsement and partnership energises
Jio’s young team to set, and achieve, even more ambitious goals in our onward march.”

His father Mukesh Ambani, Chairman and Managing Director of Reliance Industries, said, “I am thrilled to welcome General Atlantic, a marquee global investor, as a valued partner. I have known General Atlantic for several decades and greatly admired it for its belief in India’s huge growth potential. General Atlantic shares our vision of a Digital Society for India and strongly believes in the transformative power of digitization in enriching the lives of 1.3 billion Indians. We are excited to leverage General Atlantic’s proven global expertise and strategic insights across 40 years of technology investing for the benefit of Jio.”

With the latest investment, Reliance Jio has successfully managed to secure a combined investment of Rs 67,194.75 crore for itself.

Isha got married to Anand Piramal in December 2018, while Akash tied the knot with Shloka Mehta in March this last year. Both Akash and Shloka celebrated their first wedding anniversary last month when Akash’s aunt Tina Ambani took to Instagram to pen an emotional note for the young couple.