NDTV on Monday announced the return of Nidhi Razdan to its channel more than a year after falling victim to a recruitment scam. Razdan had left the TV channel after she claimed to have secured a job as a professor at Harvard University. 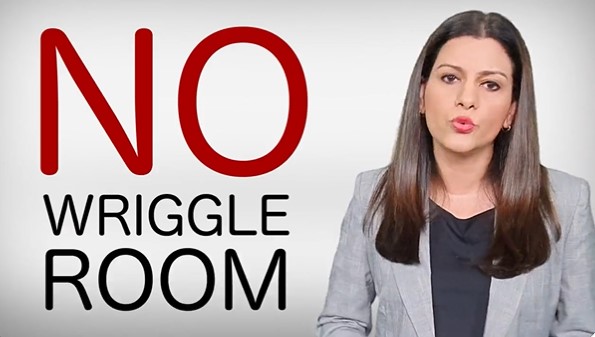 Sharing a teaser video involving Razdan, NDTV tweeted on Monday, “Next Monday, our new show starts with Nidhi Razdan. The biggest newsmakers – and no wriggle room. “No Spin” at 9.30 pm on NDTV 24×7.”

Razdan, for her part, wrote, “It’s time to stop the excuses, the whatabouthary and the obfuscation. Happy to be back home @ndtv. Watch ‘No Spin’, Monday to Thursday at 9:30pm.”

It’s time to stop the excuses, the whatabouthary and the obfuscation. Happy to be back home @ndtv.
Watch ‘No Spin’, Monday to Thursday at 9:30pm https://t.co/q2usJY9MQV

Last year in January, Razdan had opened up about being scammed by a fake teaching job offer from Harvard University. In a blog post, Razdan had said that she still kicked herself ‘for being such an idiot.’

Meanwhile. the news of Razdan’s return to NDTV evoked mixed reactions. While her supporters congratulated the TV anchor on the news, her detractors reacted with sarcasm and jokes.

Good to have you back @Nidhi https://t.co/D4nDcYGtsu

Glad to have you back on the news @Nidhi https://t.co/u0BRbChJhD

Welcome back @Nidhi! Happy to see your back. https://t.co/eW7JBpWYMn

Welcome back and many congratulations @Nidhi ! Now guys from #Harvard must have to work hard to get you hired again @Harvard https://t.co/RrUKnZDHaD