Not too long ago, a birthday video made by Mukesh and Nita Ambani to mark the first birthday of their daughter-in-law, Shloka Mehta, went viral. One of the striking features of the video of a wink by Shloka’s husband Akash Ambani as he wished to be a father by his wife’s next birthday. Like Akash, Mukesh Ambani too hoped to become a grandfather by next year. Not to be left behind, Akash’s brother Anant Ambani expressed his desire to become kaka (uncle) when Shloka celebrated her second birthday as Ambani bahu. 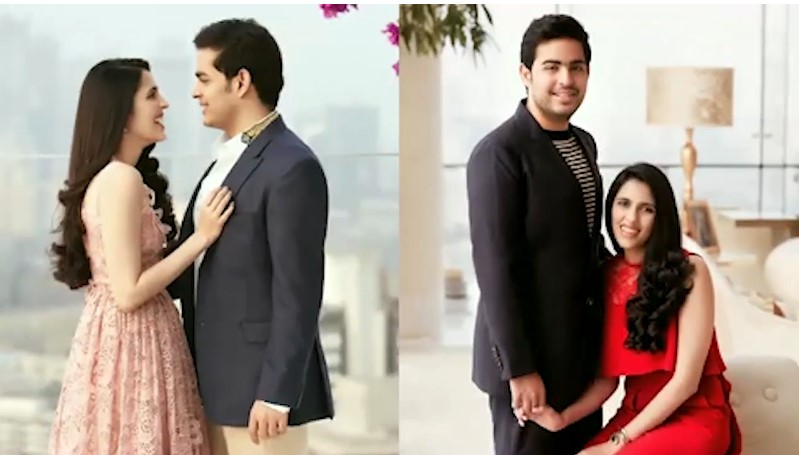 However, no sooner did the video go viral, many took to social media to slam the Ambani family for allegedly exerting undue pressure on Shloka to have a baby.

User Prajakta Kuwalekar termed the video sexist as she wrote on Twitter, “They have made sure to remind her that she is no longer #ShlokaMehta. For some reason, Ambanis also think bringing grandkids in this world is be all and end all of womanhood.”

For some reason Ambanis also think bringing grandkids in this world is be all and end all of womanhood. Retards. https://t.co/zi99PzmbKf

User Arundhati wrote, “The media agency that made the Ambani video should be asked to read little Prince rather than just Google for a book that fits their theme. While at it, be less patriarchal in treating shloka as their means to further the bloodline.” User Venus tweeted, “Trust the ambanis to make cringeworthy videos, pressurising a woman to produce babies as soon as shes married, yuck. (sic)”

The media agency that made the ambani video should be asked to read little Prince rather than just Google for a book that fits their theme. While at it, be less patriarchal in treating shloka as their means to further the bloodline #ambani #ShlokaMehta

Here are some more reactions from social media users:

Finally watched the video the Ambanis made for #ShlokaMehta‘s birthday and did anybody else find it creepy? Especially a few parts, like Anand Piramal’s segment..#Ambani

What is the point of your riches if you have a patriarchal, cringe-worthy mindset? Ambanis have set new lows with that disgusting Shloka Mehta video. Yep, she’s Shloka Mehta, you assholes – much before she married an Ambani who is clearly a spineless idiot.#ShlokaMehta

After watching the video closely, and going by the carefully worded wishes from the #Ambani family members, I reached the conclusion that #ShlokaMehta could very well already be pregnant with child.
You haters haven’t considered that possibility, have you? pic.twitter.com/hSUyb4RXKr

Just watched #ShlokaMehta ‘s birthday video made by family… Ambani family is so greedy that they’re asking her about a baby in that video?? calm down… give her some time to live her life!

However, there were some who came to Shloka’s defence. User Arya wrote, “I honestly don’t get the #ShlokaMehta pregnancy trolling. Did it ever occur to people that she wanted it. May be she was eager to start a family. Marriage and kids are actually a very private affair. It’s a whole different issue when there is a force involved. Feel free to counter.”

While wishing Shloka on her 29th birthday, the Ambani family had indirectly revealed that the daughter-in-law of Mukesh and Nita Ambani was expecting with her first child barely four months after getting married to Akash Ambani. While Mukesh Ambani and his son Anant only gave the hint, husband Akash Ambani made it abundantly clear with his wink in an extraordinary birthday greeting video.