Trouble for Arnab Goswami has increased manifold as a powerful demand grew to ban ‘preachers of hate, including Republic TV, Zee News, India TV, Aaj Tak, ABP and Times Now.’ This was after UAE-based newspaper Gulf News formally sought the banning of Indian TV channels, known for exporting hate through Islamophobia, in the Gulf region. 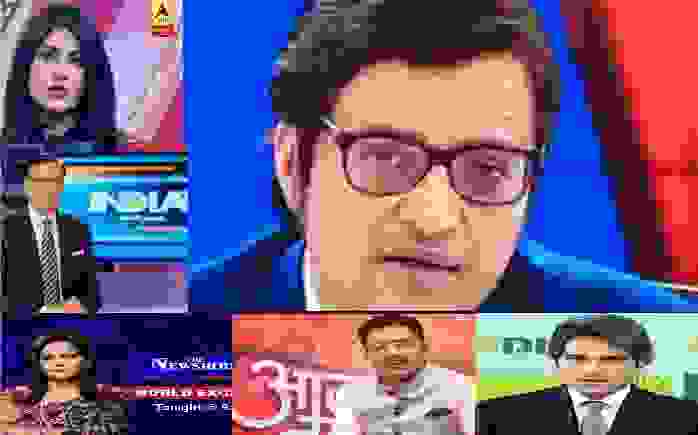 Gulf News, which is owned by powerful Al Nisr Publishing group in the UAE, wrote a scathing editorial on 6 May outlining how Indian TV channels had immensely caused religious disharmony even in Gulf countries through their hateful broadcast in the garb of journalism.

It wrote, “Gulf News has been publishing incidents involving expats who were terminated by employers after they posted abusive content on social media. Many Indian expats who were called out for hatred and religious discrimination were long term residents of the UAE.

“Prominent Arab personalities based in the UAE and other Gulf countries have also raised concerns about growing Islamophobia among the expats. Indian embassies in the UAE, Oman and Qatar have issued warnings on social media conduct, reminding Indians about tough anti-discrimination laws.”

The Gulf News editorial asked why long-term residents who are familiar with local laws and sensitivities were also posting such abusive content on social media in the UAE. “The culprit is Indian media,” it said singling out some ‘news channels’ which are exporting the narrative of hate against Muslims from India to the Gulf countries.

“Hate propagated on live TV has a powerful impact especially when it comes from popular anchors. Authorities in the Gulf must take action against these channels, the preachers of hate, including Republic TV, Zee News, India TV, Aaj Tak, ABP and Times Now. They must not be allowed to vitiate the social atmosphere of Gulf countries where tens of millions of diverse ethnicities and religious background work and live peacefully,” the editorial concluded.

Indian ‘news channels’ have a sizeable viewership among expat population across the Arab world, particularly in the UAE. These TV channels significantly contribute to their media groups’ overall revenue earnings through advertisements and other content syndication exercises. Given the prominence and the clout of Gulf News in the UAE, it’s not unreasonable to expect reprisal from the government to hatemonger Indian TV channels.

Goswami, in particular, has been facing threats of arrest in Mumbai for his hateful broadcast, allegedly trying to disturb communal harmony in India. He’s currently enjoying three-week protection from arrest and has moved the Supreme Court once again to avoid arrest in another police complaint.