Former England captain Michael Vaughan has advised Virat Kohli to ‘go back 10 years’ in his career as a viral video of the former India skipper left his fans heartbroken. This was after Kohli once again found himself unlucky to get out in another bizarre manner against Punjab Kings. 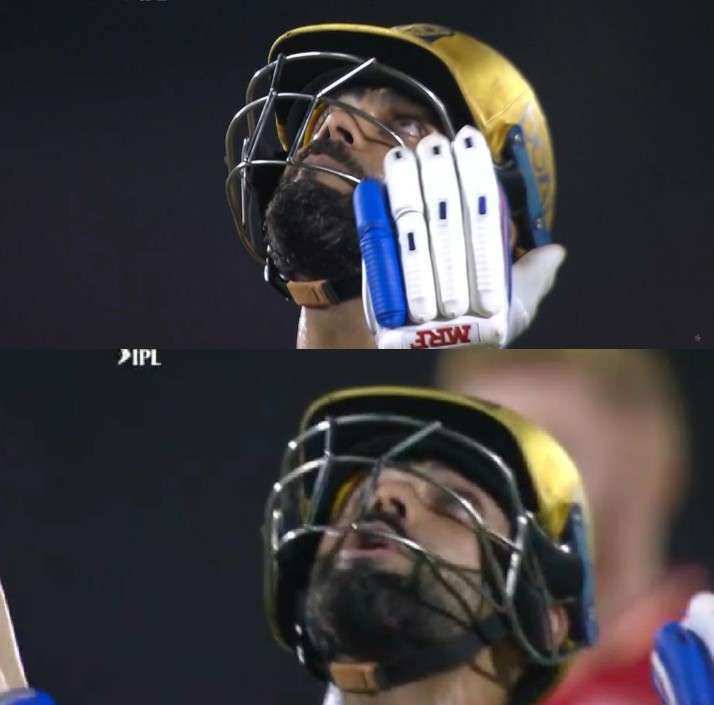 Playing against Punjab Kings, Kohli became the first cricketer to reach 6,500 runs. But his joy gave way to misery as Kagiso Rabada dismissed the former India captain in another bizarre fashion. Kohli had tried to flick Rabada’s delivery, which appeared to touch his pad. But Punjab Kings’ skipper Mayank Agarwal went for the review using the DRS. The video replay showed a spike showing that the ball had, in fact, touched Kohli’s gloves before hitting his pad. The PBKS fielder’s catch in the fine-leg area was declared legitimate.

As Kohli departed, he was seen yelling in frustration looking up in the sky as if he was registering his protest to God. He appeared to asking, “What else do you want me to do?”

Speaking to a cricket website, Vaughan said that Kohli needed to return to the age when he had not achieved stardom.

“I hope Faf du Plessis has spoken to him and told him – ‘Go back 10 years, when you didn’t have this profile. You’re not married and don’t have a kid. You’re going out there to whack the ball and have some fun. Forget your age, forget what you have done’,” Vaughan told the Cricbuzz website.

Vaughan said that Kohli may regain his form by displaying a little bit of youthfulness.

He said, “If he gets to 35, I reckon he can go big. It’s just those initial 0-10 that he’s been struggling with. If he can get away and show a little bit of that youthfulness, he’s going to be dangerous.”

The video has left Kohli fans heartbroken as they shared their pain on Twitter.

Why always me? Your frustration is natural, but have faith and stay strong @imVkohli. It will all be fine.pic.twitter.com/6QX7dEPTQi

Lipsync "What else do you want me to do? Fuck me." Had Kohli said that? #ViratKohli𓃵 #IPL2022 pic.twitter.com/iY8Y4iIfvP

#ViratKohli
Virat Kohli is saying : what the hell do you want me to do .. fuck me !!@imVkohli #ViratKohli𓃵 King always King 💔💔 Heart broking Moment 💔💔 pic.twitter.com/Qp1P0DaeKK

WHAT ELSE DO YOU WANT ME TO DO? FUCK ME"-Virat Kohli 🥺
#ViratKohli
Come back stronger Champ pic.twitter.com/8PXAV8VubJ

Kohli has struggled with his form in this season of IPL, getting out for a golden duck on three occasions.