America created another history on racial equality on Thursday after Ketanji Brown Jackson became the first Black woman to hold the office of the Supreme Court judge. Her appointment, which was opposed by the Republicans, had become formal in April when the Senate voted 53–47 on 7 April in her favour this year. 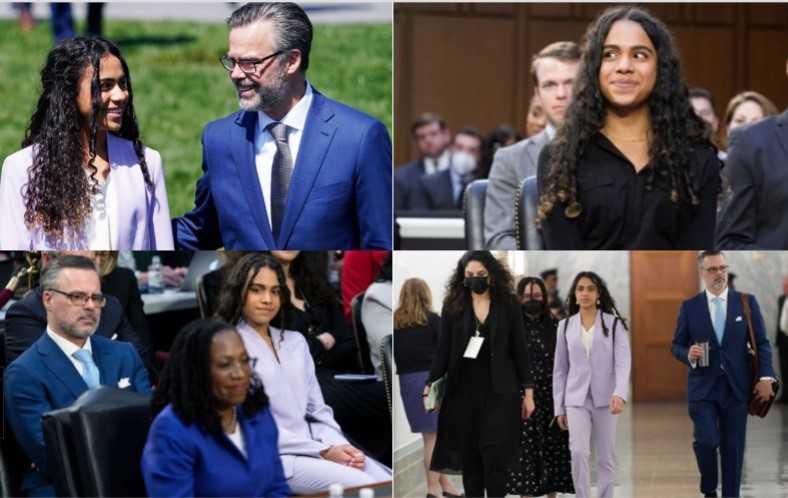 Announcing Jackson’s name as the new Supreme Court judge, US President Joe Biden had tweeted in February this year, “I’m proud to announce that I am nominating Judge Ketanji Brown Jackson to serve on the Supreme Court. Currently serving on the U.S. Court of Appeals for the D.C. Circuit, she is one of our nation’s brightest legal minds and will be an exceptional Justice.”

Jackson has replaced Justice Stephen Breyer, who had expressed his desire to retire, creating the vacancy for his replacement. President Joe Biden had made his intention clear on appointing Jackson as Breyer’s successor, but his move was opposed by the Republicans. The Senate was split 50:50 over her appointment but Vice President Kamala Harris had announced that she would vote in favor of Jackson.

21-year-old Talia is Jackson’s oldest daughter, who is currently in college. She was present on the day her mother’s appointment as the next Supreme Court judge was confirmed by the Senate in April this year.

Speaking about her difficulties in raising her children, Jackson had said in 2017 that it wasn’t easy bringing them up given that she worked full time as a lawyer. “The firm was very supportive, but I don’t think it is possible to overstate the degree of difficulty that many young women and especially new mothers face in the law firm context,” Hollywoodlife quoted her as saying.

Speaking at the 35th Edith House Lecture, Jackson had said, “The hours are long. The workflow is unpredictable. You have little control over your time and your schedule, and you start to feel as though the demands of the billable hour are constantly in conflict with the needs of your children and your family responsibilities.”

Leila is 17 years old and is the youngest daughter of new Supreme Court judge. She is extremely ambitious and not shy of interacting with big names in American politics. Long before her mother’s name was considered for the Supreme Court, Leila had written to the then US President Barack Obama.

When she was just 11 years of age, Leila had written to Obama that he should consider her mother’s name as the new judge of the Supreme Court. According to Heavy, Leila wrote, “While you are considering judges to fill Justice Scalia’s seat on the Supreme Court, I would like to add my mother Ketanji Brown Jackson of the district court to the list.”

She had described her mother as ‘determined, honest and never breaks a promise to anyone’ adding that she could ‘demonstrate commitment, and is loyal and never brags.’

Both Talia and Leila exist on social media platforms but have their Instagram accounts private and only friends and family members can access their pages.