A lot has been written about Shloka Mehta and her mother-in-law Nita Ambani and how the latter has been behaving as a protective saas. The two have often been spotted together ever since Shloka married Nita Ambani’s son Akash Ambani. However, not much is known about Nita Ambani’s sister Mamta Dalal. 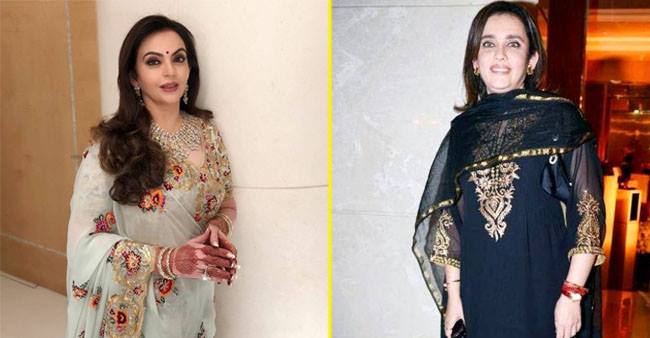 Dalal has been no stranger to Mumbai’s big names including top Bollywood personalities. Dalal, the younger sister of Nita Ambani the key administrator of Mumbai’s much-sought-after Dhirubhai Ambani international school. Aspart from taking care of the school’s administration, she also teaches students in Upper KG.

Among those being taught by Mamta Dalal have included Shah Rukh Khan’s daughter Suhana and Sachin Tendulkar’s son Arjun. Speaking about her teaching experience, Mamta Dalal had once said, “I have taught Shah Rukh’s kids and also Sachin’s kids, but for me, all my students are the same. I not only teach but also conduct camps, workshops and physical activities for the students.”

In contrast, Nita Ambani is the wife of Asia’s richest businessman Mukesh Ambani. She also owns the Mumbai Indians cricket team and is the founder and chairperson of Dhirubhai Ambani International School.

Both Nita Ambani and Mamta Dalal look identical even though there may be a gap in their age or celebrity status. Both are daughters of Ravindrabhai Dalal and Purnima Dalal. Both Mamta Dalal and mother Purnima had the media spotlight on them when they turned up at the wedding of Shloka and Akash Ambani in March this year.

Before Akash Ambani and Shloka Mehta’s wedding, Nita Ambani’s only daughter Isha Ambani had tied the knot with Anand Piramal in December.

Earlier this week, we had given you a sneak peek at Shloka’s favourite people through some unseen photos that included that of her mother, sister, brother, brother-in-law and sister-in-law.