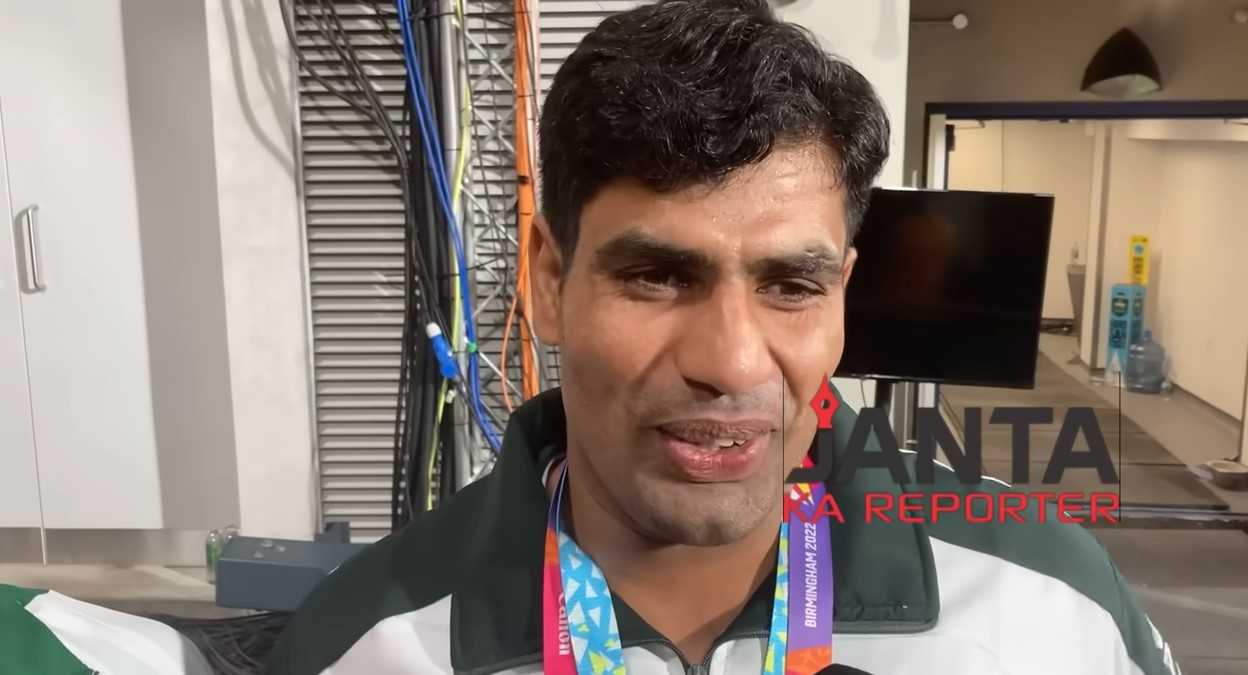 Speaking EXCLUSIVELY to Janta Ka Reporter, Arshad said that he missed his friend Neeraj Chopra and prayed for the Indian star’s speedy recovery.

“I missed him (Neeraj Chopra). We are very good friends. Injuries are part of the game. May Allah give him good health,” Arshad said after winning the Gold with a throw of over 90 m in the Commonwealth Games.

Arshad improved his personal best on three occasions within the final but his throw of 90.18 shattered the Commonwealth Games, earning him the elusive Gold.

Arshad said that he was now confident of creating a new world record after the success in Birmingham.