A man has vowed never to spend any money out of his Rs 25 crore ad budget on Mukesh Ambani’s Colors TV after Tejasswi Prakash was declared the new winner of the Bigg Boss. Microblogging site Twitter exploded with anger alleging biases by Salman Khan-hosted show since the celebrity they supported had not been declared the winner of the reality show. According to them, Pratik Sehajpal and not Tejasswi Prakash should have been crowned the winner of the controversial reality show. 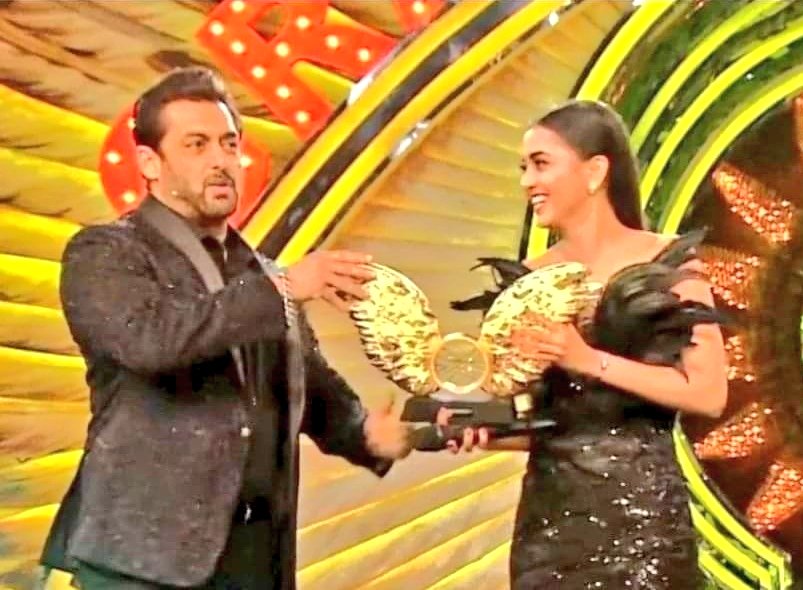 While angry netizens trended ‘Tatti Chanel Colors TV’ on Twitter one user, identified as Ekalavya Hansraj, threatened to not advertise on Colors TV in the future. CEO of marketing and advertising firm, Quarterly Global, Hansraj tweeted, “Maa Kasam @ColorsTV going by the trend of TATTI CHANNEL COLORS TV if you made ‘Bheja” as the winner of Bigg Boss toh I will ensure meree sari companies ke ad budgets (worth over 25Cr +) will never go to you guys ever again @ColorsTV.”

Maa Kasam @ColorsTV going by the trend of TATTI CHANNEL COLORS TV if you made ‘Bheja” as the winner of Bigg Boss toh I will ensure meree sari companies ke ad budgets (worth over 25Cr +) will never go to you guys ever again @ColorsTV .

His subsequent tweet read, “You need to bloody see the ethos of a self made champ like #PratikSehajpaI and never forget you are who you are because of advertisers like us.”

Three contestants namely Tejasswi Prakash, Pratik Sehajpal and Karan Kundrra were the three finalists of the show. Karan was eliminated right in the beginning leaving Tesjasswi and Pratik to fight it out for the glory. However, Pratik’s fans were left heart-broken seeing that their celebrity had been denied the trophy. This prompted them to register their outrage on social media.

Did u noticed this?
Teja was giving her winning speech
But trophy ???? was in hands of deserving one #PratikSehajpalhttps://t.co/xLOc9P5iZB pic.twitter.com/nEoNiPr6WG

We did it ; first negative trend to reach 1M against @ColorsTV

This is not the first time that the makers of Bigg Boss have faced allegations of biases in declaring the winner. In 2020, fans of Asim Riaz had alleged rigging in votes after late Siddharth Shukla was declared the winner.