Arnab Goswami has found himself in a new spot of bother days after he faced intense grilling by the Mumbai Police in a case related to promoting religious enmity in the country through his high-octane TV shows. The Maharashtra government has now approached the Supreme Court accusing Goswami of ‘browbeating’ the police by ‘creating fear psychosis.’ The Maharashtra government has also challenged the three-week protection from arrest given to Goswami by the Supreme Court on the ground that the Republic TV founder was behaving with arrogance with his ‘antics hampering the investigation.’ The latest round of trouble for Goswami has come just days after several celebrities such as FIR actress Kavita Kaushik, Mulk director Anubhav Sinha and Saif Ali Khan’s co-star Kubbra Sait criticised the controversial anchor for his shenanigans. 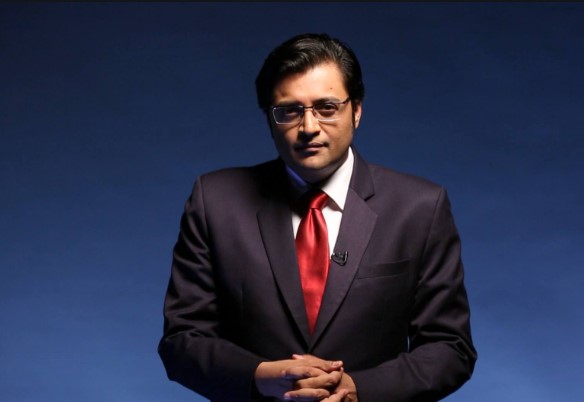 Fearing an imminent arrest, Goswami had moved the Supreme Court last month. The top court had moved with lightning speed by entertaining his plea out of turn and wasted no time in giving him three weeks of protection from arrest. The top court had also directed the police to not initiate any coercive action against Goswami, who’s accused of inciting religious hatred during his TV channel’s coverage of the Palghar lynching in which two Hindu monks were killed.

In its petition filed through lawyer Sachin Patil, the Maharashtra government has urged the Supreme Court to restrain the pro-BJP anchor from abusing the interim protection granted by the top court.

Citing the TV broadcast of Goswami’s Hindi channel, Republic Bharat, the Maharashtra government has said that its news broadcast and debate shows were aimed at ‘browbeating, terrorizing and intimidating the investigating officer.’ Referring to certain tweets posted by Republic TV’s official Twitter handle, the petition said that Goswami had ‘gone on air narrating his story and also carried his entourage of reporters, cameraman etc inside the police station where he virtually commanded the police to do certain things and act in a certain way.’

Goswami is also accused of making several ‘false statements’ against the Commissioner of Mumbai Police while hosting a debate show on his programme Puchta Hai Bharat. In one of his allegations, Goswami had accused the Mumbai Police Commissioner of being involved with India Bulls, which is under investigation for financial fraud. A report by news agency PTI said that Goswami in the programme also stated that many officers of the Mumbai Police were involved with India Bulls.

According to the Livelaw website, the Maharashtra government has alleged that the conduct of Goswami was ‘smeared with arrogance’ and would be ‘tantamount to encroaching upon the area of investigation.’

Goswami has been facing considerable condemnation for his desperate attempts to communalise the Palghar lynching even though Maharashtra Home Minister Anil Deshmukh had clarified that the killers of two Hindu monks were not from a different religion. Among those who had slammed Goswami were FIR actress Kavita Kaushik, filmmaker Anubhav Sinha and actress Kubbra Sait.