Tina Ambani has managed to stay away from controversy even though her husband Anil Ambani and other members of the larger Ambani family have routinely faced public backlash for their proximity to the Centre’s Narendra Modi government. However, Tina found herself at the centre of severe attack from the supporters of the India’s farmers’ movement after she wrote a heartfelt note extending her wishes to Isha Ambani and her husband Anand Piramal on the couple’s second wedding anniversary. This was within days of Isha becoming an aunt following the birth of Shloka Mehta’s son last week. 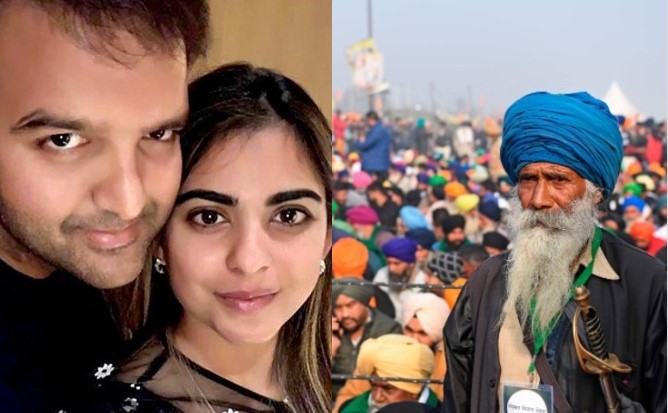 Tina is known for using her Instagram page to write adorable notes on memorable occasions involving her close friends and loved ones. On Saturday, Mukesh and Nita Ambani’s daughter celebrated her second wedding anniversary, prompting Tina to write yet another heartfelt note.

Terming them a ‘perfectly matched couple,’ Tina wrote that Isha and Anand were ‘two souls sharing a remarkable journey.’ She went on to write that their last two years of being together was nothing less than ‘wedded bliss!’ “Wishing you a lifetime of togetherness, joy and new adventures Isha and Anand. Much love and many blessings!” Tina concluded.

However, no sooner did Tina share her note for Isha and Anand, supporters of the protesting farmers began to give her grief by posting pro-farmer and anti-Ambani/Adani messages. One user wrote, “Kindly mam tell ur father to take back farmer bills.” Another commented, “Kisaaaan zindabad (Long live farmers).” “#boycottambaniadani #istandwithfarmers … Shame on the Adani family … god is watching,” wrote another user. Another user asked, “How does it feel to drink the blood of innocent poor hard working farmers of India?”

Tens of thousands of farmers have been camping near the Delhi-Haryana border demanding the withdrawal of the three Farm Laws that they say would favour two friends of Prime Minister Narendra Modi namely Mukesh Ambani and Gautam Adani.

Mukesh Ambani recently became a grandfather after Shloka Mehta and Akash Ambani became proud parents of a baby boy. Mukesh Ambani had posed for the camera by holding the newborn baby.