A prank by Bharti Singh of The Kapil Sharma Show recently left Krushna Abhishek frightened as he faced the prospect of an unplanned encounter with uncle Govinda on a reality show. This was after Bharti decided to avenge her insult meted out by Krushna during the Grand Finale event of India’s Best Dancer. A visibly frightened Krushna said that he almost died out of shock. 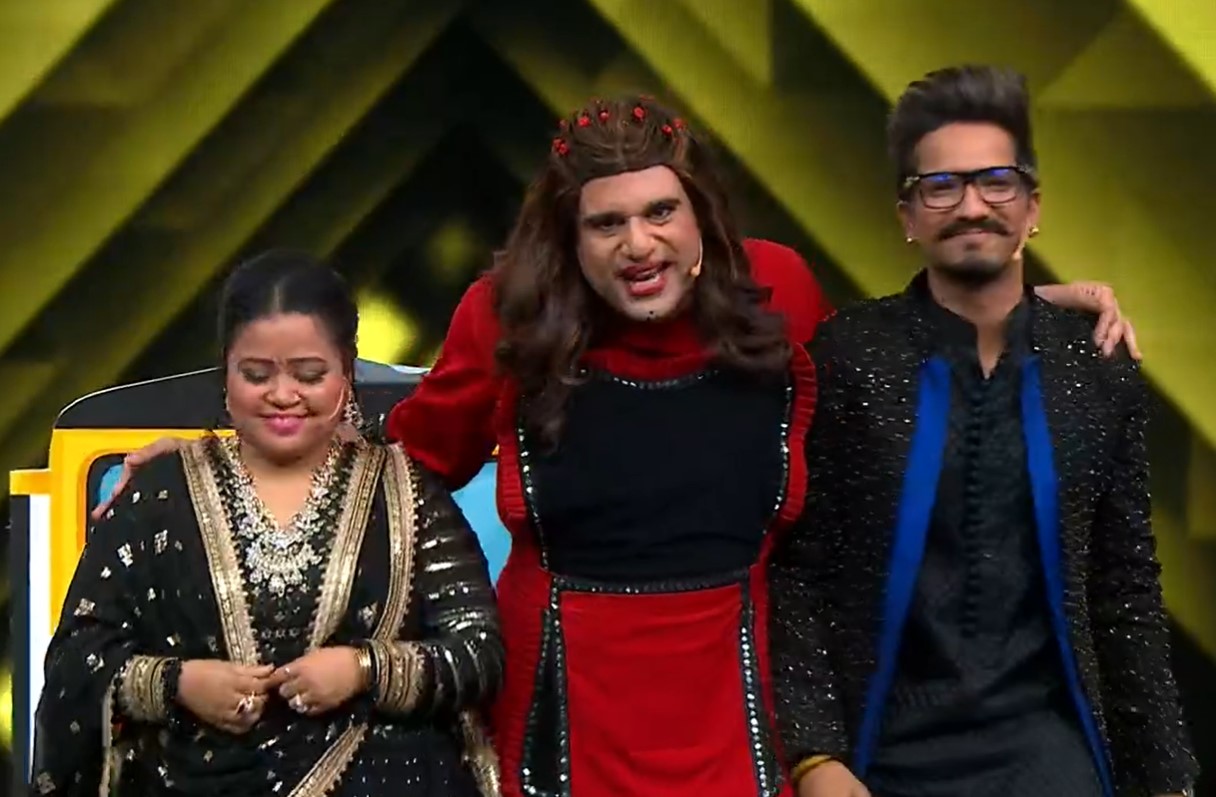 Krushna had earlier brutally roasted Bharti Singh and her husband Haarsh Limbachiyaa by using disparaging terms to describe the couple. On one occasion, he referred to Haarsh as ‘anchor’ but called Bharti a ‘tanker’ in a reference to her excess weight. This prompted Bharti to lodge a complaint with her husband, who asked Krushna jokingly, “How can you insult my wife like this?.”

Krushna replied, “Not at all. You are my friends. Husband and wife are like two wheels of a vehicle. But have a look at this vehicle (referring to Bharti and Haarsh). One is a truck wheel (Bharti), while the other belongs to a cycle (Haarsh).”

Not to be fazed by Krushna’s jibes, Bharti replied, “Yes, we will do such shows. We are like the wheels of a truck and a cycle. After all, we don’t have stepney (excess wheel) called Govinda so that we can keep surging ahead by using the name of that uncle.”

As expected, this left everyone in splits, prompting Krushna to ask the audience to clap for Bharti. But the comedian from Punjab wasn’t done yet. She said, “Jokes aside, Govinda ji (Krushna’s uncle) has inspired his career a lot, so let’s invite Govinda ji.”

This left Krushna in a state of shock as he looked horrified on the prospect of an unplanned encounter with his uncle, who he had avoided last week on his own show, The Kapil Sharma Show. Upon learning that it was a prank, he told Bharti, “I was about to expire (die).”