Krushna Abhishek recently took to his social media page to post a heartfelt note for Bharti Singh, who’s his co-star on The Kapil Sharma Show. His emotional note came just days after Bharti was slapped with a series of police complaints along with choreographer-director Farah Khan and actress Raveena Tandon. 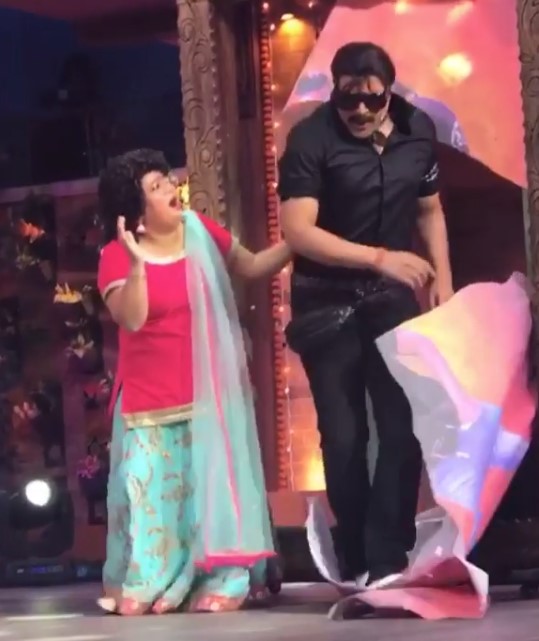 Bharti and her husband Haarsh Limbachiyaa will soon be seen fronting a dance reality show called India’s Best Dancer on Sony TV. Krushna posted a boomerang video of himself and Bharti from the sets of The Kapil Sharma Show and wrote, “All the best for your upcoming show @bharti.laughterqueen #cheerfullmemories love #tkss.”

All the best for your upcoming show @bharti.laughterqueen #cheerfullmemories love #tkss

In the boomerang video, Krushna was seen impersonating actor Jackie Shroff while Bharti had worn the costume to play an aunt’s character on the comedy show. India’s Best Dancer is a new dance reality show, soon to be on aired on Sony Entertainment Television Channel. Actress Malaika Arora, Choreographer Geeta Kapoor and Terence Lewis are likely to be the show’s judges.

One more police complaint was recently filed against Bharti, Raveena and Farah in Maharashtra’s Nagpur for allegedly hurting the religious sentiments of the Christian community.

Recently, speaking about her expectations from her husband on Valentine’s Day, Bharti had joked that she expected Haarsh to gift her Rs 10 lakh on 14 February and Rs 25 lakh on Women’s Day next month.