A video of Krushna Abhishek of The Kapil Sharma Show in a dance face-off with sister Aarti Singh at Bharti Singh’s wedding to recreate the magic of Raveena Tandon and uncle Govinda has recently gone viral. The video was shared by the former Bigg Boss contestant Aarti Singh has shown her dancing passionately along with her brother Krushna Abhishek at the wedding of comedienne Bharti Singh. Also joining them was Krushna’s wife Kashmera Shah. The video has gone viral after Aarti shared it on her Instagram page. This came just days after Krushna had teased Bharti publicly with a ‘breaking news’ jibe during the quarantine. 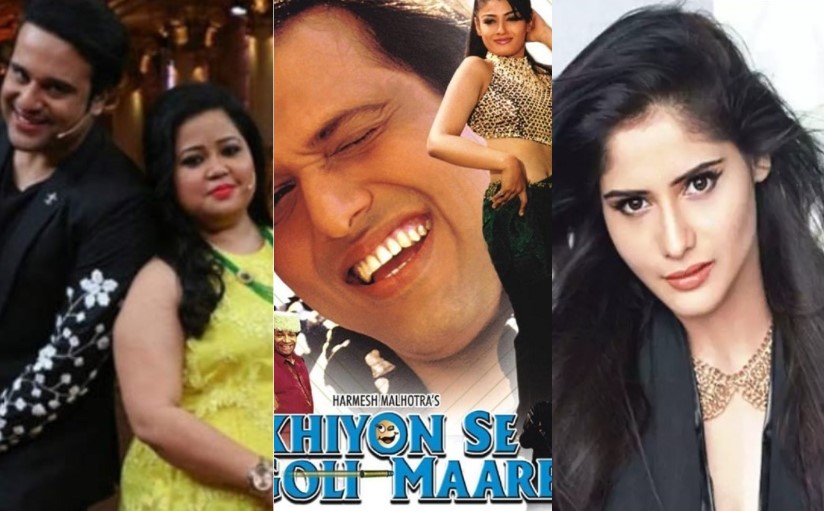 In the video, Aarti Singh was seen shaking a leg with her brother Krushna to a popular track from film Dulhe Raja featuring their superstar uncle Govinda and actress Raveena Tandon. Aarti and Krushna made sure that they did proper justice to the iconic dance steps of their uncle even as Kashmera joined the party.

Both the ladies were dressed identically in a mini dress. While Aarti picked a colorful striped halter dress, Kashmira stuck to the classic black color.

Sharing the video, Aarti wrote, “I still remember this was bharti and harsh wedding and we were goin towards the room and jate jate we couldn’t stop dancing ……. cant wiat to do this again after lockdown…”

I still remember this was bharti and harsh wedding and we were goin towards the room and jate jate we couldn't stop dancing ……. cant wiat to do this again after lockdown… @kashmera1 @krushna30 …….❤❤❤❤❤❤

Reacting to Aarti’s video, Kashmera wrote, “Can’t wait either love u .” But Aarti also had to face trolling from her haters, who appear to be upset with her for her confused behaviour during the Bigg Boss show. One fan wrote, “Kash n Krushna were enjoying but, Abdullah had to be a haddi in between…” The Abdullah is in reference to the famous Hindi proverb Begaane Ki Shaadi Mein Abdullah Diwaana (Someone who gets excited about others’ matters).

Not too long ago, Krushna had teased Bharti with the ‘breaking news’ jibe after the laughter queen shared a throwback photo with her husband Haarsh Limbachiyaa.

You can watch the track Ankhiyo Se Goli Maare below.