Krushna Abhishek aka Sapna of The Kapil Sharma Show had once called Neha Kakkar the Archana Puran Singh of Indian Idol show. This was after Neha appeared on the popular comedy show along with her sister Sonu Kakkar and brother Tony. Their appearance on the comedy show in December last year and caused a laughter riot. 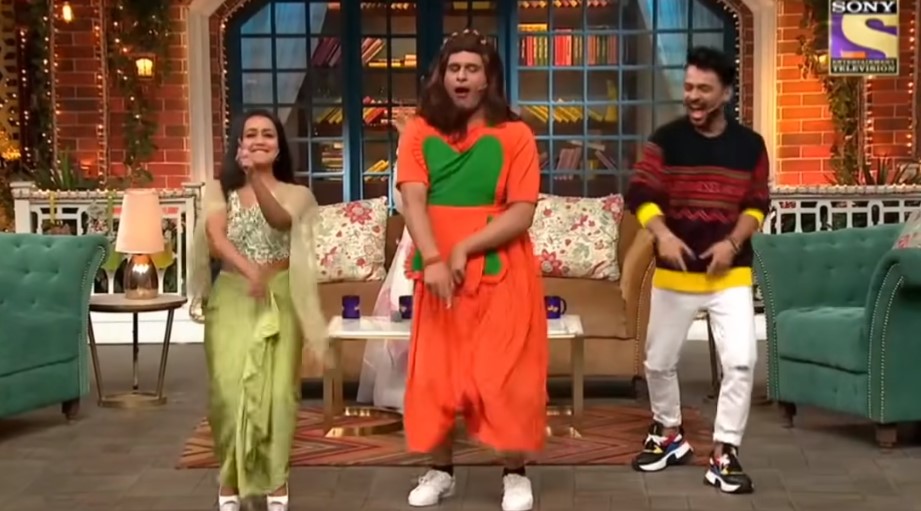 “We watch your show Indian Idol. I really like it,” Krushna had told Neha. The comedian, who plays the character of Sapna on The Kapil Sharma Show, had then shifted his attention to Kapil Sharma and said, “Did you know that she (Neha) is the Archana Puran Singh of Indian Idol.”

Neha was seen breaking down on several occasions while judging the singing reality show on Sony TV. Known to be an emotional person, Neha has often earned plaudits for voluntarily helping people in need. She had famously helped Sunny Hindustani with Rs 1 lakh after the Indian Idol winner narrated her hardship on the national TV.

Neha wasn’t the only person to be teased on The Kapil Sharma Show when the famous Bollywood singer appeared along with her sister Sonu Kakkar and brother Tony. Krushna had told Sonu, “I am in trouble because of you. I did not get the Gold medal.”

When Kapil asked to elaborate, Krushna had said, “My grandfather was a racer. When he was taking part in the racing competition. But as soon as the competition started, they played the song (sung by Sonu) ‘babu ji zara dheere chalo (sir, please walk slowly).”

Targeting Tony, Krushna had said, “He (Tony) behaves like a decent boy here. But, he keeps calling me at midnight and sings Coca Cola tu (song sung by Tony).” Krushna told Kapil to inform Tony that she was no longer Coca Cola, but had become shikanji of Mukesh, his imaginary boyfriend on the show.

Neha too had decided to take revenge as she asked Krushna to become her sister-in-law by marrying Tony. She said, “We are all people of short height. It will be nice to get someone tall in the family.”